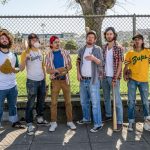 The music of San Francisco-based rockers the Stone Foxes has one foot in classic blues, and the other in a modern, individual sound. The band has refined its approach across four albums, starting with its self-titled 2008 debut and built a large fan base in the process. But in the nearly two years since the
Read More