Crowd funding an album is a new experience for Matthew Sweet, and so far it’s been a very positive experience. The campaign for Tomorrow Forever took in nearly twice its target amount of $32,000. But Sweet says that the raw numbers are a bit misleading. “I did really well in what I raised,” he acknowledges, “but it all goes to make everything, do all the recording. So its not really a way for me to make money. I spent a lot making the record, because I had enough to pay people.”

Among Sweet’s sidemen on the new album are longtime associates Ric Menck and Paul Chastain of Velvet Crush, and John Moremen (of Mystery Lawn Music artists Flotation Device, The Paul and John, and the Orange Peels). Sweet says that drummer Menck and bassist Chastain worked with him on the basic tracks for nearly all of the tunes on Tomorrow Forever, and that their presence greatly influenced the sound and feel of the finished product. “They give a certain sort of well-worn thing that you get from years and years of playing together,” Sweet says. 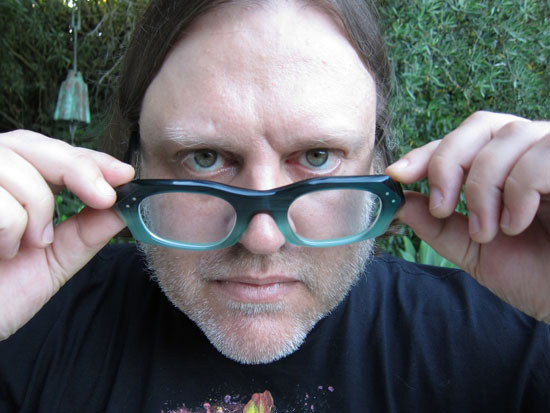 Much has been made in some circles of Sweet’s involvement in the nascent Athens music scene of the 1980s. But though he spent several years there, he doesn’t feel that his music is greatly defined by the places in which it is created. “I never really strongly connected where I was to my personal struggle of making music,” he says. “I always felt like it didn’t matter where I was, and that has given me a certain kind of freedom. I have a lucky thing where I can do what I do anywhere.”

Outside Matthew Sweet’s releases under his own name, his most high-profile work has been the three albums he made with singer-guitarist Susanna Hoffs. Each volume of Under the Covers focuses on beloved – and sometimes relatively unknown – songs from a specific era (loosely defined, the 1960s, ’70s and ’80s). “I had always been a fan of Susanna,” Sweet says. “I really like her voice. And at some point I said to her, ‘I want to produce something with you if you ever wanted to record.’”

Hoffs had already been talking to the people at Shout!Factory about a new project, and so she and Sweet teamed up to make 2006’s Under the Covers, Vol. 1. “I didn’t think we would do a bunch of them,” Sweet admits. He laughs as he recalls seeing the record come out with the Vol. 1 subtitle. “We were like, ‘I’m sure there will never be a Vol. 2! Why are they putting that on there?’” But the record sold well, as did the two that would follow in 2009 and 2013.

“It was really a rock archaeology sort of thing,” Sweet says. And the two developed a lasting friendship through the collaboration. “The two of us like a lot of the same kinds of things, so it was easy,” Sweet says. “We’d get easily excited about trying this or that.” Though Sweet ‘s primary focus remains on his own projects, he values the shared nature of the Under the Covers project. “It’s fun to have a friend, to have some camaraderie.

But no matter how critically-acclaimed Under the Covers or Tomorrow Forever (or any of his other albums, for that matter) might be, the high water mark of Sweet’s body of work is likely to remain Girlfriend. That album’s enlisting the talents of Lloyd and Quine was a real master stroke, and in retrospect seems part of some brilliant master design. But Sweet admits that while the seeds were planted many years earlier, in fact there was no plan at all.

Sweet recalls that when he was a kid, the cool thing was all the music coming out of Britain: “Elvis Costello, Nick Lowe and those melodic people that kind of came out of there.” But he found himself more interested in American artists. “And that’s when I started to find out about the dB’s, R.E.M. and all that,” he says. Still, he bought nearly all of the singles released on London-based indie label Stiff Records. “That’s how I first heard ‘Blank Generation,’” he says. And he was struck by Robert Quine’s guitar playing. He also was a fan of the pair of 1970s albums by New York-based Television, featuring guitarist Richard Lloyd.

After leaving Athens, Sweet headed for NYC. There he became friends with drummer Fred Maher, who introduced him to Quine. “Fred told me, ‘You know, Quine’s really into Byrds-y, jangly kind of stuff; I think he would be really great.’ Quine taught me a lot about the Byrds, and he taught me all about ‘50s rock and rockabilly and why it was cool,” Sweet says. “To me [’50s rock] was like Happy Days or something; I didn’t really know about it, and I didn’t understand its importance.”

After the release of 1986’s Inside, Sweet was touring with Golden Palominos. On the last night of the tour, the band’s guitarist couldn’t make it, and so Richard Lloyd was asked to sit in. “We did one rehearsal,” Sweet says. “Richard was supposed to learn our whole set; I felt terrible for him, because I couldn’t conceive of anyone being able to do that at the time.” But he did, and Lloyd and Sweet became friends as well.

When the time came to make Girlfriend (originally to be called Nothing Lasts in acknowledgment of the end of Sweet’s first marriage), he brought in both Quine and Lloyd on guitar, as well as Maher, pedal steel guitarist Greg Leisz, Ivan Julian, Indigo Girls Amy Ray and Emily Saliers, and others. “We liked what we were doing, but it was by accident,” Sweet says. “I wasn’t trying to do some brilliant thing; it happened much more naturally than that, really.” Girlfriend would be Matthew Sweet’s first Gold record. In acknowledgment of Girlfriend‘s enduring popularity, Sweet has mounted tours in recent years centered around that album’s songs.

After what he describes as a “greatest hits” tour late last year, Sweet’s summer 2017 run of dates is focusing on songs from the brand-new Tomorrow Forever. Starting at home in Omaha, the tour will take Sweet and his band to venues in nearly 40 U.S. cities. After the many months of effort with the Kickstarter campaign and making the album, Sweet is ready to play. “And,” he adds with a laugh, “sometimes I’m good live!”