An American in London: The Shel Talmy Interview, Part Two

While Talmy was busy producing hits for The Who, The Kinks and others, he found time to produce quite a few lesser-known artists. As an independent producer, he saw his productions released on Andrew Loog Oldham’s Immediate, Pye, Columbia, Decca, London, Fontana, Atco and many others. He started his own label, Planet, in 1965, releasing more than two dozen singles in less than three years. 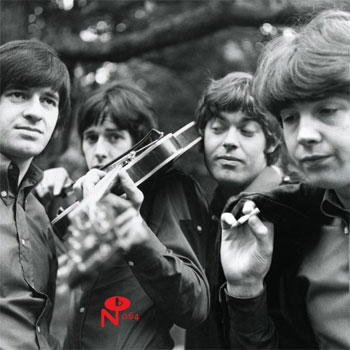 In late 1966 Talmy produced As Is, the third album of new material from Manfred Mann. He also produced a Dylanesque non-LP single, “Semi-Detached Suburban Mr James” b/w “Morning After the Party.” Talmy shakes his head when recalling the band led by its namesake, a South African keyboardist. “I always thought I was kind of the resident shrink with those guys,” he says. “These were five university guys who could not agree on anything! They would have verbose discussions during the session, until I finally said, ‘Enough! We are now recording.’”

That same year, Talmy’s ear for talent found him in touch with an Australian group, The Easybeats. The band had already released seven singles and an EP in its home country (including the number one hit “Sorry” b/w “Funny Feelin’”), but had yet to score a hit outside Australia. The band was brought to Talmy by managers Mike Vaughan and Ted Albert.

“Ted Albert’s family owned a major Australian publishing company,” Talmy recalls. “He passed himself as a producer; he tried a couple of things with them, and he was basically tossed out. Then they came for me. I liked them a lot.”

But while Talmy liked the band, he didn’t much care for the songs co-writers Harry Vanda and George Young were penning for their group. “We were in the singles market at this point. So I said, ‘I clearly like what you guys are doing, but you’ve got to go away and write more songs. Come and visit me once a week or whenever you feel you are ready, and let’s listen to what you’ve got. We’re going to come up with something.’”

Vanda and Young did as they were instructed. “And that’s what happened for about six, seven weeks maybe,” Talmy says, “until they came in with ‘Friday On My Mind.’ And then I said, ‘That’s it! We’re going to do a session.’” The smash hit single plus other Talmy-produced material was released on the 1967 LP Good Friday.

Right around the time Talmy was working on sessions for The Easybeats, he discovered the band he describes as his major regret: The Creation. With a pop-art sound that strongly echoed that of The Who, The Creation seemed destined for large-scale success. “They should have been as everybody thought they would be,” Talmy says. “And they were coming on great.”

But internal tension was tearing the band apart. Talmy says that vocalist Kenny Pickett and guitarist Eddie Phillips “were the two main guys. And as far as I’m concerned, I could have done without the rest of them, because they were replaceable.” By the time sessions were under way for the band’s debut single, “Making Time” b/w “Try and Stop Me,” Talmy says the group was in serious turmoil. “I just refused to put up with bullshit in sessions,” Talmy says. “I got on very well with all these guys, so I could talk to them like, ‘Whatever! Stop fucking around, because we’re here to do records.’”

Yet the in-fighting continued. “Kenny and Eddie got into a huge beef with [bassist] Bob Garner, who had pretensions of being whatever he thought he was going to be,” Talmy says. “And they broke up. I could not keep them together.” Talmy had just inked a deal for the Creation with Atlantic’s Ahmet Ertegun. “Tony Stratton-Smith – their manager, and one of the good guys in the industry – tried hard as well,” says Talmy.

“They had number ones in Germany and various other European countries,” Talmy says, “and I was positive that I was going to put them over the top. And I think they would have succeeded. It did not happen, and I regret it to this day.”

The band’s “Making Time” was prominently featured in the 1998 motion picture Rushmore, bringing The Creation’s music to a new generation. The group received more belated recognition in 2001 when Rhino Records released its 4CD set Nuggets II: Original Artyfacts from the British Empire and Beyond, 1965-1969, featuring three Creation tunes. And in March 2017, boutique record label Numero Group released Action Painting, a 2CD set collecting all 42 tracks the band recorded between 1965 and 1968. Talmy remastered the tapes and created new stereo mixes for several tracks. 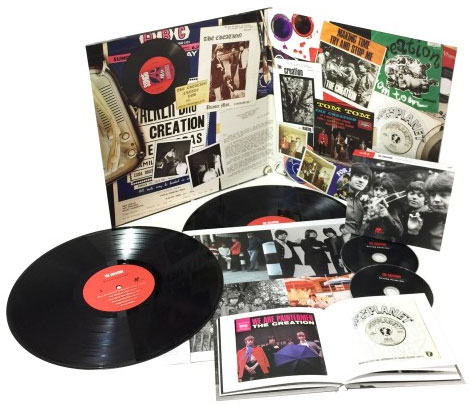 Though many of Talmy’s most celebrated productions came out in the mid-1960s, he remained quite busy in subsequent years, producing several projects of note. In 1968 Columbia Records hired him to produce the follow-up to Roy Harper’s 1966 debut, Sophisticated Beggar. Talmy laughs sardonically at the memory of his experience with the mercurial guitarist-singer. “Roy Harper was difficult,” he says. “The word that comes to mind is … truculent.”

Talmy doesn’t deny Harper’s talent, but the two men’s approaches were at odds. “Whenever I record anybody, I generally have a little chat: ‘Do you guys want to sell records, or do you just want to sit there and wank in the dark or something?’” Talmy admits that he likes making records that will sell. But he says that when making Come Out Fighting Ghengis Smith, Harper “probably wasn’t particularly interested [in that], and we battled. But we got ’round to it.” The record was released in the UK in 1967; it wouldn’t receive North American release until the CD era.

He has much less positive to say about his experiences working with progressive-leaning folk-rock band The String Driven Thing. Talmy produced the band’s self-titled 1972 debut LP as well as its followup, The Machine That Cried (1973) and a 1976 single, “Cruel to Fool.” Apparently none of those sessions were happy ones for Talmy. “It was not enjoyable,” he says. “I am a professional, so I did it. But I did not like the artists very much, and they did not like me. Can’t win ’em all.”

There’s some disagreement as to whether Talmy despised working with The Damned. In the Encyclopedia of Record Producers, he’s quoted as saying, “I did a single with The Damned just to see if I hated it as much as I did.” As is so often the case, the truth is a bit more complex. One would think that as a master of capturing in the studio the raw sounds of bands like the Who, Talmy would be a natural fit for the punk class of ’77.

It would have been a good fit, Talmy concedes, “if the punk bands could play the damn instruments! But most of them couldn’t.” He says he prefers musicianship to attitude, and though he considered The Damned “the best of the bunch,” he wasn’t impressed by their material. And as a proven arbiter of what would sell, he felt justified in not working with them beyond cutting two sides, the now impossibly rare 7” single “Stretcher Case Baby” b/w “Sick of Being Sick.” “I got along with them fine,” he says.