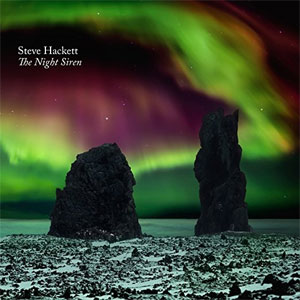 File next to: IQ, Genesis, Marillion

Back in his days as Genesis’ guitarist, Steve Hackett was somewhat reined in as far as expressing himself on guitar. The progressive rock group’s arty arrangements rarely allowed the opportunity for extended, expressive solos. When Hackett went solo in 1977, he was freed to explore his potential. But even then he wasn’t the most assured vocalist. Some forty years and two dozen albums later, the man is working at the peak of his abilities. His already solid skills have grown in leaps and bounds, most notably as a composer and arranger. The Night Siren is an exemplar of “symphonic prog,” the most accessible and tuneful end of the genre. Hackett’s guitar soars on emotionally resonant epics like “Behind the Smoke.” Showcasing his dexterity on all manner of stringed instruments, with The Night Siren, Hackett may have just made the best album of his career.