Album Mini-review: Gang of Four — Live … in the Moment 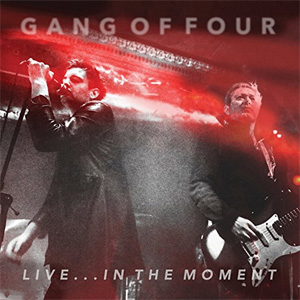 File next to: Wire, Mission of Burma

This Leeds group is often cited as a punk pioneer; with its original lineup, the Leeds, England quartet explored and pushed beyond the limits of punk. Like the Clash, Gang of Four seamlessly added strong elements of funk and dub reggae into the mix, but the resulting sound was wholly original (and not at all like the Clash). After four albums, the lineup frayed, and though the original foursome reunited for a time in the early ’00s, the current configuration features but one founding member, guitarist Andy Gill. The new lineup cut 2015’s What Happens Next, in which they moved a bit toward industrial textures. But despite the changes, the group’s latest album – a live set that spotlights newer tunes plus favorites from the Gang of Four catalog – shows that nearly 40 years after their debut, the Gang’s (still) all here.