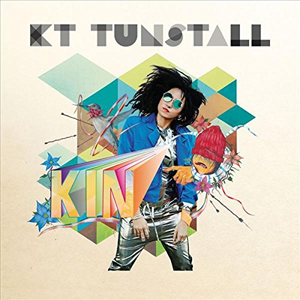 Scottish-born Tunstall is that rarest of artists: she enjoys critical praise while scoring on the commercial side of the equation. Her songs are licensed for use in TV ads, but her cred remains unvarnished. Even a hiatus form the pop music scene – taking time to study film scoring – hasn’t put a dent in her popularity. Her latest record, KIN finds Tunstall putting the film scoring lessons she’s learned to practical use in service of pop songs. The album’s statement of purpose is “It Took Me So Long to Get Here But Here I Am,” but the strongest cut is the opener, “Hard Girls,” with a T. Rex foundation supporting a modern pop delivery. Throughout KIN, Tunstall demonstrates that 6 albums in, her pop instincts and writing skills are sharper than ever.