Album Mini-review: The Arcs — Yours, Dreamily 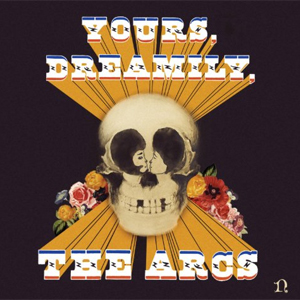 Though I’m not hostile to their music in any way, I’ve remained largely immune to the charms of the Black Keys. For me, that style ha been done more effectively my others; it feels like a gimmick. The same could be said – though not by me – about the kind of retro-garage rock that group’s Dan Auerbach makes with his newest project, The Arcs. There’s a kind of swinging mod undercurrent to the song and their arrangements, leavened with a feel not unlike Detroit soul. But the whole thing is delivered within an unabashedly American rock ‘n’ roll vibe. Fuzz guitars, clattering drums, judicious use of clever studio effects: those are the hallmarks of Yours, Dreamily. There are even elements of trip-hop in songs like “Put a Flower in Your Pocket.” With one foot in the past and other planted firmly in the present, The Arcs capture the zeitgeist of both. Recommended.