The Sonics: Still Going for the Throat (Part 2) 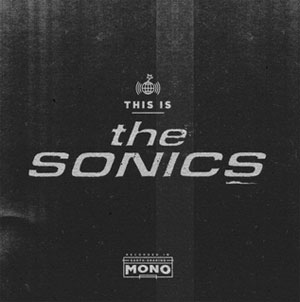 The Sonics‘ song titles were pretty provocative, too. “Those totally came from the fevered mind of Gerry Roslie,” chuckles Rob Lind. “He wrote all those things. A lot of time when we were in the recording studio, we weren’t even aware of what the words were! We’d figure the song out, and then go in and lay down the music track.” Afterward, Roslie would go into the vocal booth “with a sheet of typewritten lyrics,” Lind says, “and sing the song. The producer would say, ‘Okay, that’s good!’” and that would be it. Lind says that guitarist Larry Parypa claimed he “didn’t know the words for 30 or 40 years.”

I find a diplomatic way to get at a question that has long gnawed at me: did The Sonics create those proto-punky boiled-down arrangements as an aesthetic choice, or was that just the only way they knew how to play? “In the beginning,” Lind says, “we had to tailor the songs to three-minute records. Because we were aiming at rock ‘n’ roll radio stations. In those days you couldn’t do [18-minute songs like] ‘In-a-Gadda-Da-Vida’ and get on rock stations.”

Lind admits that the group was guided in that direction by the record producers with whom they worked. “They worked a lot with the big radio stations like KJR,” he says, so they knew what radio deejays wanted.

A recurring theme: “Now,” Lind says, “we pretty much still do the same thing. We get more songs in the set that way. This is our second tour with Robert Plant and the Sensational Space Shifters. People are paying $450 sometimes to come and see us, and we want to give them everything we can.”

The Sonics did experiment with longer forms, but interested parties shouldn’t set off on a quest for some long-lost epic Sonics tune. “There was a time when we did long solos,” Lind says. “I’d do two long sax solos, and Larry wold do three guitar solos. But we started listening to it when it was recorded, and we realized, ‘there’s really no need for us to do that!’ We were just arbitrarily making the songs longer.” So they quit doing that.

The Sonics knew what their fans wanted. “When bands who had big records came through town in Seattle or Tacoma, we would open the shows for them,” Lind says, mentioning The Beach Boys, Jan and Dean, The Mamas and the Papas and other well-known names. The Sonics’ in-your-face style provided quite a contrast to the headliners.

The Sonics are often mentioned in the same breath as Oregon-by-way-of-Boise group Paul Revere and the Raiders, but Lind doesn’t hear much similarity between early Raiders tunes – with Mark Lindsay playing sax – and the music The Sonics made. “We knew Paul and Mark and those guys pretty well,” Lind says. “but they were a ‘hat’ band. They wore costumes.” Still, he makes a point of noting that the Raiders were indeed “very good.”

But The Sonics looked more to fellow Tacoma group The Wailers for inspiration. “We were looking at them when we were 16, 17, just as we started playing,” Lind says. “Gosh, they had two male rock ‘n’ roll singers. One of them was Kent Morrill, the keyboard player; he was probably the best rock singer on the west coast. And they had another guy, named ‘Rockin’ Robin’ Roberts, who was just killer. And they also had a girl singer, Gail Harris. An amazing little girl; she had three backup singers.” Lind says that while The Wailers played “really good rock ‘n’ roll music,” what they truly excelled at was playing the music of Ike and Tina Turner. “They did the Ike and Tina songbook; it was an amazing show.”

Lind mentions that The Wailers’ bassist (and, for a time, The Sonics’ manager) Buck Ormsby would, in later interviews, sometimes claim that The Wailers were a hard rock band before The Sonics. “That’s literally not true,” Lind insists. “They were a really fine r&b band. They weren’t quite as hard-edged as we were, though.”

I ask Lind why he thinks The Sonics’ music – old and new – resonates with music fans in 2016. “We’ve talked about that,” he says, “with some of the other musicians we’ve run into on tour. None of us ever escaped the Northwest; we were all trapped there. And then later, all the grunge bands – God bless those guys: Pearl Jam, Screaming Trees, Alice in Chains, Soundgarden – all those Seattle bands got out and went worldwide. What I think has led to our popularity now is that kids discovered us. The word started getting out.”

After years away from music, The Sonics reconvened in 2004. “And we’ve gone steadily since then,” Lind says, beaming. He tells me about an upcoming show scheduled in London. “The promoter told us, ‘We booked one show for you, and it sold out immediately; we had to book another show.’ And it sold out too.” 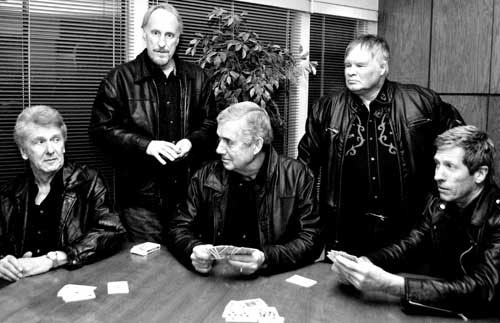 The group’s appeal transcends generations. “This is our second tour with Robert Plant and the boys,” Lind says. His audiences seem to be…older than ours,” he says with a furtive chuckle. “They know the words to every single one of his songs; they’re very polite. But when we play for our crowds, it’s a generation younger. They’re screaming and yelling, waving beer bottles and trying to crawl onstage.”

A longtime Sonics fan, I’ve listened to those 1960s albums for years. But my jaw dropped when I heard the new record, This is the Sonics. It’s like they never left. The album sounds and feels in every respect like the tunes they cut a half century ago. Lind credits producer Jim Diamond for getting the authentic vibe. “He had a vision for the album,” Lind says. “What he said was, ‘I don’t want to copy the old stuff, but I want the energy and the power that you guys put into those first two albums.’ He knew what he wanted.”

At the time of our conversation, I have no idea that two key and original members of The Sonics will soon announce their retirement from live performance (in the process, it would seem, scotching the Underground Garage tour). I ask Lind how he and his bandmates-of-a-certain-age manage to hold up onstage, and inquire about their plans to continue into the future. “We love what we’re doing,” Lind says with conviction. “When you see us, it’s not faked. We have a good time onstage, and it radiates. As long as it remains fun, we’ll keep doing it.”

“I kind of feel like this,” Lind says in closing. “When we play in Europe, it sometimes costs €40 to see us. All we have to do is give it all we have for an hour and fifteen minutes. And those people who paid the €40 and line up around the block to get in, they deserve everything we can give ’em. When we go onstage, we let ’em have it.”