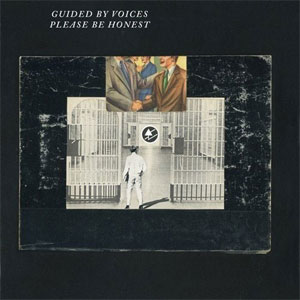 File next to: The Who, Hüsker Dü, Sebadoh

Robert Pollard‘s various Guided by Voices iterations have released some two dozen albums since their 1987 debut, a prodigious output that can affect quality control. “My Zodiac Companion,” the opening track on Please Be Honest, is a case in point: Pollard’s wobbly vocal sounds like a one-take affair. But he draws from a deep well of catchy melodies that even his most random lyrics can’t dampen. Several tracks here evoke psychedelic-era Beatles: filtered vocals, sawing cellos, found sounds, while the spare “I Think a Telescope” sounds like an out-of-tune rethink of Robert Fripp’s League of Crafty Guitarists. Few will know (and fewer will care) what Pollard’s going on about with mentions of grasshoppers, soap and caterpillars, and the overly mannered vocals on briefer tracks like “Sad Baby Eyes” make Please Be Honest characteristically uneven. But with GbV, that’s half the fun.