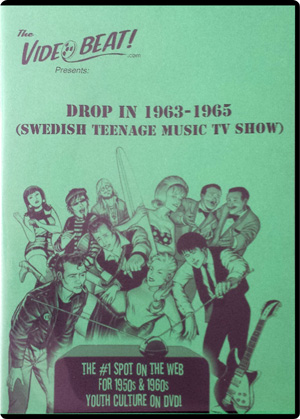 It’s a well-established part of 20th century pop culture history: the world – or at the very least North America – changed irrevocably in February 1964 when The Beatles appeared on Ed Sullivan‘s television program. But the Beatles didn’t simply materialize out of nowhere to become a cultural phenomenon.

And no, I’m not even talking here about their formative years in Liverpool’s Cavern Club, or their seminal woodshedding in Hamburg clubs such as The Kaiserkeller, Top Ten, and Star-Club. Those are incalculably important to their story, but they’re also pre-fame.

The first Beatles single (not counting “My Bonnie,” done earlier with Tony Sheridan) was 1962’s “Love Me Do.” Shortly after its October release, The tune charted in the UK (#17). Not at all bad, but certainly not an earthshaking chart showing. However, less than 90 days later they released “Please Please Me” b/w “Ask Me Why,” and the single soared to #2 on the British charts. Each of their next three singles – released in April, July, and November of 1963 – all took their turns at the #1 spot on the British charts. By Autumn ’63, it was safe to say that the Beatles had arrived.

And fans on the continent took notice as well. Language barriers aside – Europe wasn’t English-speaking to the degree it is today – the Beatles’ music went over very well there (slightly less so in France, but that’s another story).

So when in October of that year, the foursome appeared live – yes, live! – on Stockholm’s Drop In television program, the reception they received was, shall we say, enthusiastic. And happily, that performance was preserved for modern-day viewers and listeners to appreciate. That October 30 recording (broadcast on Novmeber 3, 1963) of Drop In is a cultural artifact, and it’s also some mightily impressive television. The Video Beat has compiled that episode along with two other (non-Beatles) performances on Drop In 1963-1965.

When you think of the Beatles onstage, the mental picture that forms might be the group onstage at Shea Stadium, on the baseball diamond and yards away from their screaming fans. Or maybe it’s at Tokyo’s Budokan, in front of a well-behaved – and still far away – audience. Or maybe it’s the Savile Row rooftop performance of January 1969, with staff and crew nearby, and unsuspecting listeners far below at street level. Or maybe you do picture them in Hamburg or Liverpool, on a small stage and quite close to their audience.

None of that really compares with what you can see in the Drop In performance. There’s no stage: the audience are literally at the feet of John Lennon, Paul McCartney, and George Harrison (Ringo Starr is at most a few feet behind them). Nothing else like this exists in the moving picture archive (official or otherwise) of the Beatles’ canon. 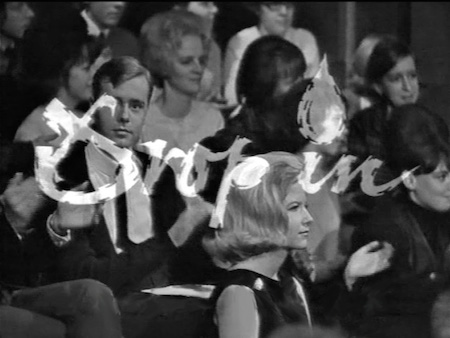 And that’s not the only thing that makes their Drop In set special. They were playing live, not – as was the standard on most every other music-oriented show of the era – miming to a pre-recorded track. The energy was palpable as the group ran through an eleven minute-plus set that featured “She Loves You,” “Twist And Shout,” “Long Tall Sally,” and “I Saw Her Standing There.” Though the Beatles’ organization Apple Corps would eventually secure rights to the footage, to date they’ve only seen fit to release the second and third songs. This grey-market release features not only the Beatles’ set, but the entire program, giving the Beatles performance some proper context. Those other acts are hopelessly outgunned musically by the Liverpool group, but seeing them on the same program is quite enjoyable.

This DVD release also features two additional Drop In episodes. One is from December 1963 and showcases fellow Liverpudlians Gerry and the Pacemakers, then riding high on the coattails of the Beatles. Among other tunes, they perform “How do You Do It?” the song grudgingly recorded and rejected earlier by the Beatles. Again, the remaining acts on the program are Swedish, and they illustrate the degree to which the sounds out of Liverpool were influencing homegrown music.

A third Drop In episode on the DVD dates from just over a year later: the January 1965 episode features The Honeycombs, then riding high on their hit, “Have I the Right?” produced by the inimitable Joe Meek. The Swedish acts on this episode rock the hardest of all, threatening to outclass the Honeycombs.

All three episodes do display a thin time code strip onscreen, clear evidence that these are, shall we say, not meant for public distribution. In the past, certain titles from The Video Beat have gone in and out of availability, so because of the cultural import of this disc (not to mention its sheer entertainment value), interested parties are advised to act quickly to acquire your own copy. Drop In 1963-1965 is available only at this link, from The Video Beat.