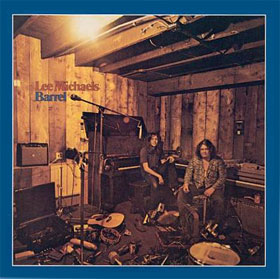 Barrel
Months later, Lee Michaels returned with 1970’s Barrel. Seemingly determined never to take the same musical approach twice in a row, for Barrel Michaels brought back Drake Levin; the guitarist’s playing is all over the album, meshing tightly with Michaels and Frosty’s playing. Levin’s deft use of Leslie (spinning speaker cabinet) amplification on his guitar somehow makes the stringed instrument fit even better within the confines of a keyboard-driven album. “What Now America” picks up thematically where the previous album’s “The War” left off. A rare Michaels love song, “Ummmmm My Lady” was selected as the (you guessed it: non-charting) single. Either a throwaway or an important statement, “When Johnny Comes Marching Home Again” (yes, that one) gives nearly half of its run time to Frosty’s marching snare. A cover of Moby Grape‘s “Murder in My Heart (For the Judge)” is even more soulful – and less histrionic – than the original. “Day of Change” has worn exceptionally well; it sounds more like the kind of album track one might hear in, say, 1973. “Didn’t Know What We Had” features Michaels on electric piano, an instrument of which he made surprisingly little use elsewhere. The brief “As Long As I Can” closes the album on a downtempo note. Barrel reached #51 on the album charts; it was Michaels’ best chart performance to date, and a taste of things to come. 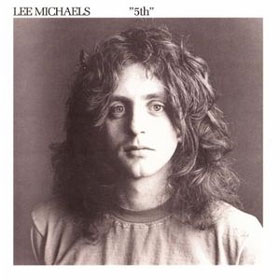 “5th”
If there’s only one Lee Michaels LP in your collection, it’s probably this one. “5th” was the album that launched Michaels into brief stardom. As ever, Michaels altered his approach for the 1971 album: Levin was absent, but so was Frosty. Drummer Joel Larson (Grassroots) took over percussion duties; his approach was a bit subtler and finessed, and suited the material. Merry Clayton, the stirring voice heard on The Rolling Stones‘ “Gimme Shelter” lend her impressive (overdubbed) pipes to the album opener, “Keep the Circle Turning.” The gospel flavor of that song is carried through on most of the album; Michaels’ approach of simple chord structures gave him plenty of room to add filigree and nuance within relatively straightforward arrangements. Some yakety saxophone (courtesy of Jackie Kelso) shows up on several numbers. Longtime Michaels followers may have sensed that his songwriting muse was wearing out; half of “5th” is given over to cover songs (“Willie & the Hand Jive,” “Can I Get A Witness,” “Ya Ya”). The album’s breakout track – and by far Lee Michaels’ most well-known song – is “Do You Know What I Mean,” a simple, soulful number that sounds as fresh today as it must have in 1971. Even though it was initially released as the b-side to “Keep the Circle Turning,” “Do You Know What I Mean” top-tenned – #6, actually – and no doubt helped “5th” reach #16 on the album charts. 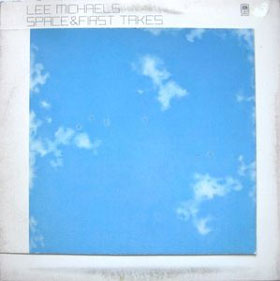 Space & First Takes
Frustratingly, Michaels’ follow-up to the smash “5th” seems – at least in retrospect – designed to sabotage any chance of commercial success. Space & First Takes (1972) is a fine album; it simply isn’t the kind of thing people who bought “5th” would have been expecting. Gone are the short, concise pop-soul of that album (and previous records). Instead Space & First Takes is pretty much what its title suggests: a jam album made up of a mere five long pieces. As ever, the lineup doesn’t repeat its predecessor; here it’s a returning Drake Levin on guitar, drummer Keith Knudsen (later of The Doobie Brothers), and bassist Joel Christie (the latter was the composer of “Keep the Circle Turning” from the previous record). If all that weren’t enough, Michaels drastically scaled back his keyboard playing and picked up an electric guitar. The guitar work – whether it’s Levin or Michaels – is impressive and well worth hearing, but that and the long song structures weren’t what people wanted at the time from Lee Michaels. There’s also a slightly distressing sameness to the first three numbers (the title track goes in a different direction, but would have felt more at home on the jammy Record Three of George Harrison‘s All Things Must Pass). Around the five-minute mark of “Space & First Takes,” some ill-advised vocal meandering threatens to render the track unlistenable. A paucity of lyrics didn’t help the one-chord jam, either. Needless to say, there weren’t any hit singles from Space & First Takes (“Hold On to Freedom” was a non-charting single). The album only reached #78, the beginning of a rapid downward spiral in Michaels’ commercial fortunes. 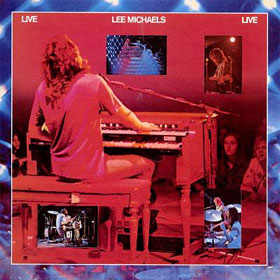 Live
The tour supporting Space & First Takes yielded the recording that made up this 1973 live album. Recorded at Carnegie Hall, Live‘s sleeve made no mention of the venue; the box set’s liner notes explain why. Knudsen stayed on for the tour, bringing Michaels back to the two-piece approach of Lee Michaels. The song selection on Live is curious: only one tune from the album supposedly being promoted (Space & First Takes), and no “Do You Know What I Mean.” It does, however, provide a nice overview of Michaels’ catalog, with at least one song from every album except 1968’s Carnival of Life. An incendiary “Stormy Monday” is a highlight. The seven minute “Drum Solo” is a bit much even for 1973, but the slow burn of “Forty Reasons” is superb. After some downtempo numbers, Michaels implores the audience, “You gonna help us sing?” and launches into a rousing, nine-minute version of “Heighty Hi.” The audience eats it up, and stays excited for the bluesy closer, “Rock Me Baby.” Live reached #135 on the Billboard album charts. Despite that poor chart showing, it’s a fine document of Lee Michaels’ onstage performance, and it’s well recorded for its time. 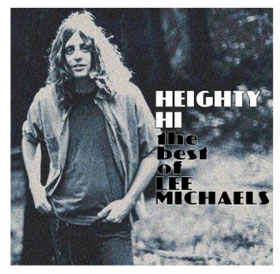 After fulfilling his contractual obligations with that live disc, Michaels left A&M and recorded a couple of albums for Columbia, followed by some extremely rare indie releases. But after 1982’s Absolute Lee, he retired permanently from the music business. And he doesn’t give interviews, as I learned while trying to track him down a few years back for his perspective on guitarist Drake Levin‘s group Brotherhood (he gave the group an unreleased track of his, a cover of Joe South‘s “Rose Garden,” – probably cut during the Recital sessions – to which they added new vocals and released as their own; that, too, is another story).