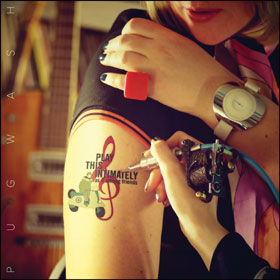 Pugwash haven’t become a household word in the United States, but it’s not for lack of effort. With their winning melodies, sharp hooks and winsome lyrics, the Dublin, Ireland-based group is a critics’ darling. The group made its southeastern USA debut at The Altamont Theatre on Friday, September 4.

No less than three separate record labels have compiled the best tracks from the Pugwash catalog (now six albums); the second of those, Giddy, was championed by XTC‘s Andy Partridge and released on his own Ape label. But until the 2015 release of the compilation A Rose in a Garden of Weeds (Omnivore Recordings), none of Pugwash’s music has gotten a proper release in the United States. The favorable reception to that disc has led to Pugwash’s newest set, Play This Intimately (As If Among Friends) set for release on Omnivore the day of the band’s Asheville show.

“This album was made for America,” says Thomas Walsh, Pugwash’s lead singer, guitarist and songwriter. “We always make records first and foremost for ourselves,” he stresses, “but the excitement of this whole project was that we’re actually going to America and tour it, and meet our American fans.” The prospect of American release provided additional motivation for the band: “When you’re sitting in a studio in London in winter, and it’s very cold and snowy and icy outside, you can say to yourself, ‘We’ll be in Arizona or someplace soon, playing a gig!’”

Walsh ruminates on the music business. “Sometimes it doesn’t give you a lot back monetarily, and of course we’re fighting against all this modern-day technology that’s making music become cheap and/or free. So it’s great to still be able to fulfill dreams.” When asked how the music on Play This Intimately differs from the group’s previous material, Walsh breaks into a parody of a hyped-up commercial musician: “It’s the best stuff ever! Hello, Seattle!” After the laughter subsides, he gives a more serious answer. “The latest stuff is always your favorite,” he admits. “I’m always just happy to have written a song, full stop. All I can gauge is that my quality control has been on the ball.” He notes that the songs on the new disc have gotten praise from Jeff Lynne (Electric Light Orchestra) and Ray Davies (The Kinks), both of whom (plus Partridge) guest on Play This Intimately. “Things like that inspire you beyond belief,” Walsh says. 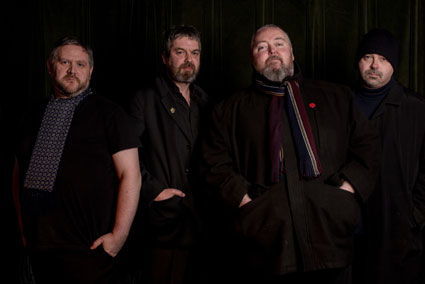 Thomas Walsh is ELO Fan Number One, so getting that group’s leader to appear on his album was a dream come true, even if Lynne’s contribution is a (largely unintelligible) shout midway through “Kicking and Screaming,” the album’s lead-off track. “When I was in Jeff’s studio in March – I had popped over for a cuppa tea – I brought over tapes of some early mixes,” Walsh recalls. “At the last minute, I asked him, ‘Would you be into doing something on the record?’ I said it because…well, we’re Irish, so we’re pretty forward.” Lynne happily agreed in principle, but scheduling never quite worked out. In the end, Lynne sent over a brief recording of himself shouting a variation on his spoken (yelled) piece from the outro of The Move‘s original 1971 version of “Do Ya.” In this case, he says, “Look out baby, there’s a pug a-comin’!”

Pugwash’s melodic power pop makes it to the USA largely on the strength of self-booking; though Omnivore helps as they’re able, the band has no tour manager as such. Pugwash is even relying on their opening acts to share their gear. The band is running on a very tight budget. “We’d never get to America if we had to bring our own gear,” Walsh admits. That chance-taking attitude is emblematic of the band’s collective personality. “We hate set lists,” Walsh says. “And we only rehearse for a laugh, because we enjoy it.”

So what should those purchasing a ticket to a Pugwash show expect? Walsh deadpans. “Morbid obesity, alopecia, leathery skin, weird colored faces, lots of hair in the wrong places, accents they can’t understand, and…good music. Don’t expect One Direction; expect no direction.” He adds, “Hopefully every time we count in a song and play it, it’s gonna change your life.”

Personal Note: Though the band I co-founded in 2012, The Glampas, broke up amicably in 2014, we reunited to play an opening-act set for Pugwash at their Asheville date. To say that this was an honor is to engage in understatement of the highest (lowest?) order. And speaking of “Do Ya?”, Thomas joined us onstage and helped me sing it. – bk 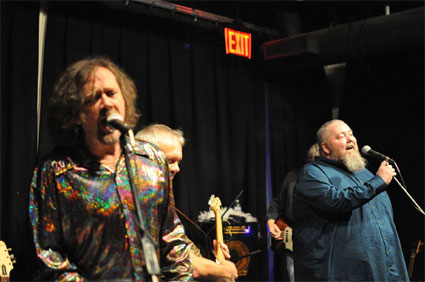