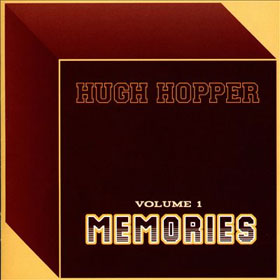 Bassist Hugh Hopper gained fame – or what passes for fame within the narrow confines of jazz-rock and progressive circles – as a member of Soft Machine. He passed away in 2009, and it happens, Hopper was apparently quite the busy guy. His estate is now involved in a good bit of closet-cleaning, and the results are being released on a ten-disc series. The first of these, Memories, is a survey of the material found on the second through tenth. It’s varied and interesting, though little of this music was intended for release. Frangloband documents some of Hopper’s last recordings.