A Chat With The Turtles’ Mark Volman, Part 2

Bill Kopp: I was ten when the film came out, and even though Dirty Duck was a cartoon, I wasn’t allowed to see that one. It got an X rating…

Mark Volman: Right! “Livin’ in the Jungle” came from that, and several others. “Get Away,” “This Could Be the Day,” an unreleased version of “Goodbye Surprise,” and “(You’re Nothing But a) Good Duck.” And another song we did called “Rollin’ in the Hay.” “Youth in Asia,” “Mystic Martha,” and “The Big Showdown.” Some of those were some sort of [Bruce] Springsteen stuff that we were messing around with. Those are all unheard material that we thought maybe we could add to make a Battle of the Bands reissue even more special. It would have a little more volume to it, instead of just being a 34-minute record. So we’ll see how that comes out. 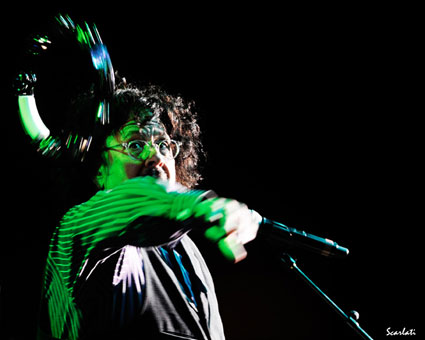 It’s fun to dig into the archives. We haven’t really unearthed our old unreleased stuff the way that other artists have, because we didn’t feel that there was really that big of an audience for it.

Mark: All of it is available. If you go onto The Turtles‘ site, you can buy albums one and two (The Phlorescent Leech & Eddie from 1972, and 1974’s Flo & Eddie) and albums three and four (1975’s Illegal, Immoral and Fattening and Moving Targets from 1976). We packaged the two Warner Brothers albums together, and the two Columbia ones together on CD. And online you can actually download the reggae album (1981’s Rock Steady with Flo & Eddie).

Bill: That one’s very, very hard to find on vinyl…

Mark: And it would be a hard one to pull together for a CD or vinyl release, because of all the song ownerships. But it hasn’t escaped us as a potential vinyl reissue. As well as The Crossfires! We did a CD reissue [of the pre-Turtles surf group], and one of our hopes is to do a vinyl reissue. Ultimately, the plan would be to do vinyl reissues of all of those, and then put them in a box set for sale in Europe. Because the fan base over there knows our history, because our connection to Frank Zappa.

The music of Flo & Eddie never, unfortunately, broke in America the way it did in Europe and internationally.

Bill: I was at a garage sale last summer, and I stumbled across a copy of the 1982 Checkpoint Charlie EP. The one where the record plays from the inside out.

Mark: What a fun record that was! You know what’s so funny, that record – as crazy as it was to do – we did it in an afternoon. We sold Rhino on the whole idea; not just spinning it backwards, but doing it using only kids’ toys. All the recorded instruments are just toys, stuff that a kid could own at the time. It was a hidden project for years. When Rhino finally put it out, it became kind of an underground thing. And listening to it today, we were really way ahead of what the curve was at that time, in terms of the whole electronic thing; it hadn’t really happened yet. We just did it as a one-time thing and then moved on to something else.

Same with the reggae album: we were just messing around with that, and then we found somebody to finance us going down there [to Jamaica]. Because we didn’t want ot do it with a bunch of musicians from California!

Bill: Howard has been quite bust the last several years, what with the My Dinner with Jimi film and his book with Jeff Tamarkin. Besides touring with Flo and Eddie and the Turtles, and teaching at Belmont University, what do you have going on these days?

Mark: I’m a full time professor. So I don’t really have a lot of extra time. This new box set has been about a twenty-four month consideration. Right now our Happy Together tours fill up summertime, so we really don’t have to do a whole lot of extra touring. This last year we did a show up in Bearsville NY, at the Performing Arts Center, with Dweezil Zappa. So we’re talking about maybe playing the music if his dad, and taking that overseas. So there’s all that, and we’re pushing these vinyl reissues now – we did the Happy Together and It Ain’t Me, Babe albums on vinyl just last year. And besides Battle of the Bands, we’re also looking at reissuing Turtle Soup on vinyl. And otherwise we’ll kind of lay low.