The Waterboys are that curious band about which the critics and cognoscenti fall all over themselves raving (and for good reason), but that doesn’t make large ripples in the commercial music pond/marketplace. For decades now, The Waterboys – singer/songwriter Mike Scott and assorted auxiliary musicians – have made winning albums that do more than merely entertain; their music engages the listener. From their third album This is the Sea (a 1985 release that counted the incomparable Karl Wallinger – later of World Party – as a Waterboy) to the desert island disc Fisherman’s Blues (1988) to more recent releases, The Waterboys have always crafted though-provoking music.

Nowhere is this more true than on their latest release. An Appointment with Mr Yeats applies the words of the Irish poet to new, modern-day music. And while that might sound a tad pretentious on paper, trust me that the music is far from that. It’s in turns warm, lovely, rocking and soaring, a successful melding of hundred-year-old words with brand new music.

A few days ago, I spoke with Mike Scott about the new record. Here’s our conversation.

Bill Kopp: I will admit I am not especially familiar with the work of Yeats. What, to you, sets his work apart from other poets? In other words, why choose his work for such a project? 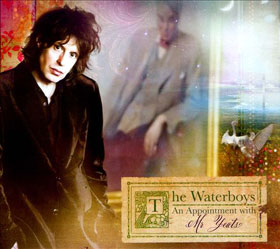 Mike Scott: The first thing is that many of his poems rhyme and scan very easily. And as they sit on the printed page, to my eye, they’re song lyrics in search of a tune. That’s the first reason.

Secondly, I’m sympathetic to Yeats’ choice of subjects, and I like the way he uses language; he’s got a wonderful way of sculpting words. He does it in a way that I can tell he’s been very deliberate about. He’s very conscious about where the words go, and every full stop. The words flow lightly off the tongue, and that’s a remarkable thing. And it’s a beautiful thing to turn around in my mind and sing.

BK: You mention that quite a few composers have set the poet’s words to music before. I don’t know this for certain, but I don’t think that is true of many poets. Does Yeats’ poetry somehow lend itself to this kind of thing? And if so, why?

MS: I did some research on this; as far as having words set to music, I found that he was probably the most set-to-music poet in the world. There are so many different interpretations of his words. There are many on iTunes, by a variety of artists. And I found my research very useful, to document all the instances in which he has been set to music. He always manages to creep into the “top ten.” The others include William Blake, Emily Dickinson, Shakespeare, and several others. Interesting, isn’t it?

BK: Yes! Would you say that the words of a given poem inspired you to sort of paint a certain sort of picture with the music? What I mean is, beyond notes and chords, do the words of some of the poems suggest an “arrangement landscape” of sorts?

MS: Absolutely. You explain it in a way I couldn’t better myself. That exactly what they do: the first couple of lines will set out the melody, but the whole thing develops the mood. And what I’m trying to do is to create an audio version of the landscape I see in my mind when I read the poem.

BK: I understand that composing the songs for this album was a long-term project for you. Were there any failed experiments, situations in which you tried to set a given poem to music but found it simply didn’t work?

MS: Yeah…I must have set three dozen to music, of which fourteen are on the album, and twenty are in the full stage show. So that leaves sixteen or seventeen poems – some of which are actually pretty good interpretations – and those would be good on a bonus CD perhaps, or something. But there were some I dabbled with, that really didn’t work. And then there are all the ones that I began and scrapped, because I couldn’t do them justice.

BK: In the press kit, you cite your mother as your first exposure to Yeats’ poetry. Has she heard the new songs, and if so, what does she think of them?

MS: Oh, of course…she likes it! I think she’s really delighted that I would take something that she’s known from so long ago, and turn it into a record.

BK: Speaking of taking one art form (poetry) and merging it with another (music), as I listen to these songs I am struck by what one might call their cinematic quality. Have you given any thought to producing – or having produced – music videos for any of these works? 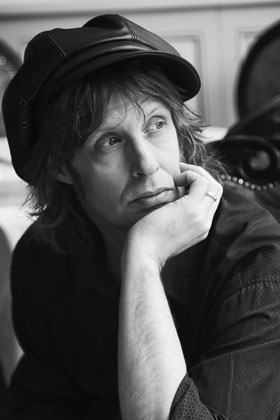 MS: No, I haven’t…no. I’m loath to force a single interpretation.

BK: this is a broad-brush question, so I’ll apologize in advance for making a sweeping generalization. But then I’ll make it. As an American, oftentimes when I think of certain non-English artists from the British Isles, I think of a more pronounced interest in epic storytelling, big themes, very vivid word-pictures. I think of artists like Phil Lynott, Bob Geldof. Do you think there’s something culturally quintessential at work there?

MS: I think it’s a Celtic thing. Not specifically Irish; I’m Scottish myself, even though I live in Ireland and work with many Irish musicians. But I think that’s a Celtic trait.

BK: An Appointment with Mr Yeats actually came out in the UK some months ago; is there a reason for the lag-time between its release there and the US release (March 26, 2013)?

MS: The English record company had plans for someone to release it in the United States, but that deal fell through. So rather than hold the whole release back, they went for the UK and the rest of the world, and figured we’d sort out the States later.

BK: Because the gestational period for An Appointment with Mr Yeats has been so long, I strongly suspect that you’ve been busy with other creative pursuits as well. What other projects or potential project do you have under way, in development or on the horizon?

MS: I’ve just published a memoir called Adventures of a Waterboy, which is the story of my life in music. I’ll be giving some readings from the book on the east coast: New York, Philadelphia, Boston. And I do little acoustic concerts in which I read for an hour and then play some music. It’s a nice little show. So that’s been keeping me busy. I’ve also been touring a lot in Europe. And I’ve been writing songs; there’s always something cooking. I’m working slowly toward the next Waterboys album.

We’re premiering the Mr Yeats stage show in New York (March 20, 2013, New York Town Hall). It’s based on the show we did in Dublin two years ago.