Bill Kopp: How did you come to have Elliot Mazer co-produce? Did you pick him or did Capitol say, “Here’s the guy.” And how do you think his presence affected the nature of the final product?

Scott Mathews: He was in San Francisco, and he had a studio. He let us come in and do some demos prior to the A&M period. On spec. We were friends with Elliot; I did some sessions for him with other artists. And Capitol knew that they could trust him with a budget, and that we were friends and could do this. So I don’t recall whose idea it was, frankly, for Elliot to be there with us, but we went along with it. And for the most part it went just fine. It’s different having a third party: you can hear the difference when it’s just us, on the bonus tracks. He’s really a guy who understands electronics; he was on the cutting edge of all sorts of gadgetry, and had some really good ideas. But aesthetically, you can sort of brand people based on the work that they’ve done, and Elliot’s known for a certain style of music. We’re different from that.

Ron Nagle: Right! He made his mark with the first Neil Young album. And Jack Nitzsche – who had worked with Elliot – was also a dear friend. Elliot made that record sound great. But I don’t know if he had the same kind of warped sense of humor that we had. I don’t think he quite got the sort of take we have on people and on life. And the other thing is, when you’ve got three guys. There’s chemistry between me and Scott, because we had been working a lot together. And that got upset in some way. And what Scott mentioned about the mastering, too. The mastering on the new reissue is better. It’s not perfect, but it’s a lot better. 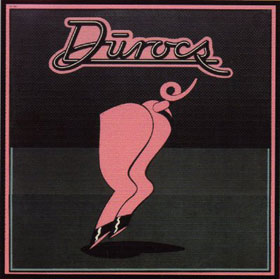 BK: Not to get too “inside baseball,” but being a liner notes reader such as I am, I have to ask: What the hell is a “battered otto?”

RN: [long pause followed by hearty laughter] I think the original concept was based on Jack Nitzsche’s Nitzschephone, a completely fictitious instrument. So it’s in the tradition of that. Autoharp, maybe?

SM: Vibes, maybe. We had battered vibes, Durophone. We were just fucking around.

RN: It was the beginning of the ecological movement, so there were references to battering baby seals.

RN: “No seals were battered in the making of this record.” It was just us being esoteric, as we are prone to sometimes being.

SM: It’s more interesting than saying we used a synthesizer.

BK: Were you intentionally trying to channel Chuck Berry‘s “You Can’t Catch Me” on “No Big Deal?”

BK: Okay, because when John Lennon tried the same thing on “Come Together,” he got sued.

SM: It’s part of the proud tradition of writing songs that list all the things you’ve got.

RN: What that song does have is a really exciting guitar lick on top of the story. There’s a tradition of – we hate the term rock’n’roll, so let’s say pop music – of over-indulgence and self-aggrandizing. So we tried our hand at that.

BK: 48-track recording was in its infancy in 1979, wasn’t it? Do you think having all those tracks at your disposal affected the sound and feel of the album? If so, in what ways?

SM: It had been done once or twice in L.A., but in northern California, never before. There was some trial and error in terms of how the chains linked, but I’ve got to give all the credit to Elliot.

RN: He was the only guy who knew how to do it. The only guy. We actually have – twenty feet from where we’re sitting right now – a whole box of 48-track master tapes. And it would take years to figure out how to sync them up.

SM: Those were the days of SMPTE code. That’s probably where Elliot shone the most.

BK: I’m a keyboard player, and I’m into what’s now considered vintage equipment. Analog and so forth. The credits indicate that all but one of the songs on the album used synthesizers. I know it’s been a lot of years, but do you remember what sort of synths you used on the album?

RN: We were given the option of having a string budget or using that money to buy a synthesizer. The CS80 – which weighed something ridiculous – had a lot of really interesting sounds. But there are a lot of different keyboards on there. Acoustic piano, tack piano. We are also vintage keyboard guys.

SM: I’m nuts for the old analog stuff. My studio’s full of it; I’ll never get rid of it. We use it on a lot of stuff we’re working on now. And we’re really excited about that; I know we’re here to talk about the Dūrocs reissue, but we’re still rockin’ it. More than ever.

RN: And I think all of the qualities that you mentioned are all there in spades on the new stuff, too. We’re really proud of what we’re doing now.

RN: The idea is that the older you get, the better you get. At least that’s always been my idea.

BK: That’s the story I’m sticking with, too.

RN: Everybody we dig, they just get better as they get older.

BK: Last question, digging deep into esoterica. To the way I hear it, “Nawgahide” is very much a piece with The Tubes’ “Bora Bora 2000.” Pure coincidence or something more?

SM: I know the Tubes song you mention; I just spun the vinyl a few months ago, and I remember thinking that too. I was actually in the studio when the Tubes made that song! But our song was just one of those things; we got fascinated with Ernie K-Doe, and met him and got some tapes from his radio show on WWOZ. He’s just going off. And I’ve got miles and miles of tape of that. So I just threw those together, and put them on top of another tribal drum track that I had maybe started for another song.

RN: Not to get too academic, but there is a sort of quasi-narrative to it. It’s a story, but it’s a story Scott created on his own, by taking bits and pieces.

BK: Come to think of it, doing that put you ahead of Brian Eno and David Byrne when they did My Life in the Bush of Ghosts.

SM: It was ahead of its time, but it also caught the interest of [label name deleted]. They flipped for it, and did everything they could to put it out. But [name deleted] put the kibosh on it, I think. You probably don’t want to mention that. [laughs]

The expanded CD reissue of Dūrocs is available from Real Gone Music.