Scott Mathews: [The music on Dūrocs] does run the gamut. You’ve got songs like “No Fool No Fun,” and other songs we wrote from the deepest of our hearts, in a melancholy sort of way. Like “One Day at a Time”…

Ron Nagle: And “Don’t Let the Dream Die.” Another thing, to give you some background as to what was going on at the time, we were very big on the Phil Spector approach to making a record. And of Philadelphia in the 70s’; we’re big fans of Gamble and Huff. Right now, we’re on a big Shadow Morton kick. We love that whole tradition. So in particular, being from San Francisco and all that represented – with the exception of The Tubes, I might add – we pretty much hated all [the local stuff].

RN: Oh, yeah, yeah. But we liked the great production ideas. And musical ideas. Entertainment; you could feel that stuff. It wasn’t about a movement. When the Dūrocs record came out, it was the “narrow tie” era. The Knack. What did they call it, new wave? 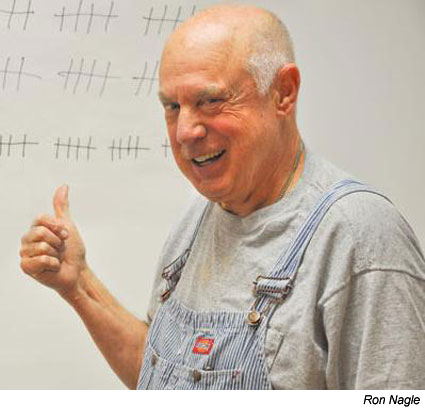 SM: Yeah. And we didn’t really fit into that. We were sort of powerpop, which was also happening then. But frankly, the timing of our record in the marketplace was not the most perfect fit. Also, it’s worth noting that we put out videos as opposed to touring; we weren’t a band. We started the video division at Capitol Records six months before MTV. In effect, we left the building right as MTV had started up. We missed the boat in a big way.

RN: We’ve got those old films; a lot of people have seen them and dig ’em; I think they still hold up. They’re very entertaining. They’re controversial in some ways. We were literally only a couple months out of step. And we knew people at MTV, but by that point, the record had bombed. [Today] we’re getting way better reviews online, from different sources, than we ever did when the record first came out.

SM: Which is saying a lot. Because we were treated pretty fairly by critics. We were critics’ darlings.

BK: Right. It was the commercial marketplace that sort of…um, didn’t want to know.

RN: They didn’t really know what to do with us.

SM: See, back in ’79, 1980, you could be signed by one guy. Then all of a sudden the record comes out, and they have this round table meeting: “So, guys. When’s the tour? Yada yada yada.” And we’re looking at ’em, saying, “What? You don’t know that we’re more of a Gamble and Huff kind of operation?” We were more in the Steely Dan model, where we go in and make records, and we don’t tour. We said, “We’re here to produce other artists for your label. You didn’t hear that?”

SM: That was kind of a shocker for us.

BK: I’ve heard many stories in which a band gets signed by that so-called one guy, and then that guy gets fired. Then the band is left with nobody at the label to advocate for them, no one who “gets” them.

RN: Right. They call it Executive Turntable. Which meant, your main man left!

SM: And in our case, the new main man came in…Bobby Colomby, who was a member of Blood, Sweat & Tears [chuckles]. The band’s engineer told me how they used to record: the band would go in and track – with horns, with everything – and the last thing they would put on would be the drums! Because the guy couldn’t play! So, what do they make him? A record exec!

RN: You wonder about their thinking. We were pretty cocky at the time, maybe on the border of being disrespectful. But we’d think, “Why are these guys in charge of our destiny?” And here, this guy is the head of A&R! He thought we were a jazz group!

SM: He said, “Guys, I got it. I know who you are. You’re jazz.” That’s all we needed to hear to get on the next flight back to San Francisco. 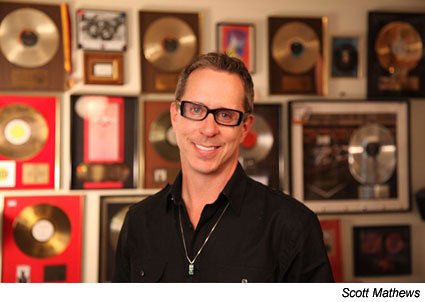 RN: No, no. In their defense, we did use some of what people call “jazz chords.” We like the big chords: the major sevenths, the ninths. But we’re not jazz! The guy was an idiot. He just didn’t understand; if he heard a major seventh or a suspended chord, I guess he thought jazz is what we were doing. But we were really more about emulating Carole King.

BK: Or pretty much anybody who writes on a keyboard!

RN: I can’t play guitar, regretfully; Scott can play everything. And I do write on a keyboard, and those sort of chord voicings do come up more on a keyboard, I suppose. We like those sort of chords. And there are other [influences] who deserve credit, too. People like Ray Davies; brilliant writer. His word pictures, things like “Waterloo Sunset.” That’s the kind of stuff we wanted to do. Both of us are very visually oriented, so when we write a song, we kind of want people to “see” what’s going on.