From the Beginning to Now: The Greg Lake Interview, Part Two 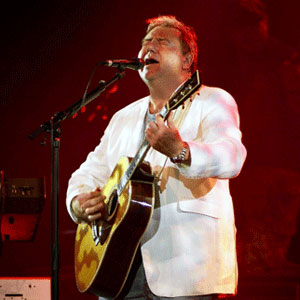 Bill Kopp: To me, one of the most appealing things about Emerson, Lake & Palmer was that each of you brought your own dimension, your own strengths to the trio. This is an oversimplification, but Keith had the virtuosity and showmanship, Carl had the power and precision, and you brought your great voice, and actual songs with a really strong sense of melody, keeping the whole thing based in music, kept it from being a drum- and keyboard-clinic. Do you think that’s a fair assessment?

Greg Lake: I think it is. The word is chemistry. It is when you mix those ingredients together – that if they’re the right type of ingredient – you get a sort of effervescence happening. And the thing starts to boil. And I think that is what happened. You got the right three ingredients. And you can hear it in any of the really great bands. It’s the coming together of different influences, different inspirations that – when they all collide in one place – it flashes. And I think that is true of ELP. That’s what makes it special.

Not only that. If you’re going to look deeper into it, the thing that made ELP different to a lot of other bands is that the roots of our music are European rather than American. Most rock’n’roll bands took their inspiration from the blues, country and western music, gospel. Some jazz, maybe…but all American music. Whereas we tended to take our music from more European roots. Not [laughs] that that’s any better, but it’s different. It gave us a different sound and a different intonation. It was just a different feeling. So you don’t get a lot of twelve-bar stuff with ELP, but you do get a lot of rich, interesting harmonic changes, and sort of classical overtones. Things that you won’t hear in a normal rock’n’roll context.

BK: Now that you mention it, especially in a lot of the songs you wrote, I think of there being a sort of English folk tradition. Which is, of course, very different from the American folk tradition. There’s that kind of renaissance kind of thing imbued into it.

GL: Yes, there’s a sort of wandering-minstrel quality. And also, I tended sometimes to go into sort of even a bit of French-type things, with songs like “C’est la Vie.” But generally speaking, I think that’s one of the identifiers of ELP, that the roots are more European. 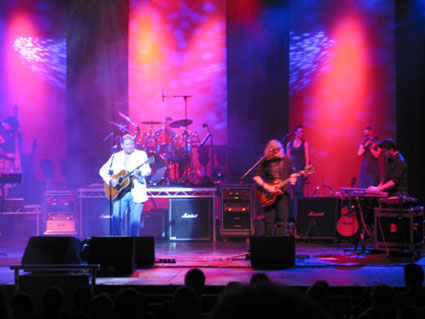 BK: Your upcoming tour is going to be called “Songs of a Lifetime.” Will it be just you, an acoustic guitar and a microphone?

GL: There will be me on an acoustic guitar. I will have an accompanist with me, and maybe on occasions I will have guests involved. We’re talking to a few people now. But that will be on an on-and-off basis; it’s not going to be for an entire tour. The show is mainly based around me and the songs that have influenced me and been important to me over my lifetime.

BK: I’ve always been of the opinion that if a song is good enough, it can work in any number of styles. So I’m very interested to hear your songs in such a stripped-down format. I know you’ve done some of that before; I was recently listening to the ELP box set A Time and a Place, and it contains some solo acoustic spotlight numbers. Assuming that you wrote many of your songs on guitar, I imagine that the way you’ll present them is closer to how they were originally written, yes?

GL: Absolutely. But – to be honest with you – I don’t want to give too much away about how I’m going to do it. Because a lot of it will be surprising to people. In a good way, I hope! But, yes, you’re right. The perspective it will be done from is how it fundamentally began, how these songs got created. I will also talk about them a bit. I’ll be talking to the audience and telling the stories behind the songs. And then playing them. But it won’t just be two hours of acoustic guitar. That, you couldn’t take! [laughs] 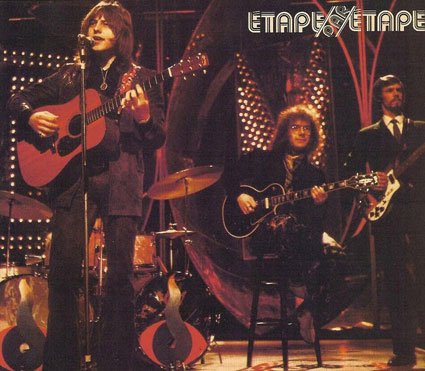 BK: Your web site lists about twenty-plus dozen dates. What’s next for you after the shows in April and May?

GL: The first thing that will happen to coincide with the tour is that the audiobook will come out. The audio version of the autobiography. I will then come back into the United States in the fall, and tour again with the same show when the printed book comes out. Now, the printed book is going to be different. The printed book will not only have the autobiography text, but it will also have a whole separate book with it, of photographs, a lot of which haven’t been seen before. Anecdotal stuff, interview stuff, all the lyrics…it will be a complete coffee table book.

So that will be in the fall. During the summer, I’m going to be recording. I’ll be finishing off an album that I’ve had on the back burner for years. It’s a recording of orchestrated versions of the acoustic songs. But that’s not all it’s going to be. I’m going to be working on that over the summer, and then probably hope to release it in the fall when I come back into the United States to tour. After that, I’ll be going on to Japan, and then to Europe; I’ll be touring November and December through Europe.

BK: There’s certainly an intimate dimension to this upcoming tour, one that’s different than just wheeling out the greatest hits.

GL: Or in playing a concert, where you are up on the stage, the lights come on, the curtains go back, you blast out your music, thank you and good night, and you’re back on the tour bus. This will be far more intimate. People will be able to ask questions if they want. I’ll be telling stories; there will be all kinds of things going on. I want it to be more like a sort of gathering. A party, almost. Not just a show.

BK: The Carolina Theatre in Durham very much lends itself to that sort of an event. It has the feeling of a grand old theatre, and the way it’s set up, no one feels that they’re very far from the stage. 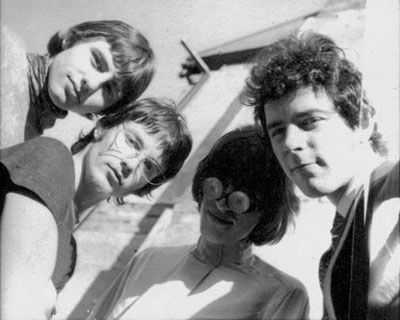 GL: That’s great. Because what this is, is spending an evening together, rather than just me doing a concert. Having said that, I have got high ambitions for the concert from a musical standpoint; I’m not just going there to talk and strum a few songs. I want it to be as good as it possibly can, but the basis of it will certainly be a shared event, shared with the audience.

BK: Might we get to hear songs from your days with The Shame and/or the Shy Limbs?

GL: Well, [laughs] maybe. But I’m really not going to tell you. The thing is, it really wouldn’t be so much fun if I tell you what’s planned. Part of the surprise will be part of the enjoyment of the show.

It’s really meant to go along with…I’m just finishing an autobiography right now. Nothing high-minded, you understand. It’s basically the story of my life, and the story of King Crimson and ELP. Not so much the story of the bands. Because everyone saw what happened onstage, and what happened when we played. And everyone knows about the records and all of that. So I’ve tried to write the book with an eye toward showing people what they didn’t see: what was happening behind the curtains, behind the scenes. Just that perspective of things that were not part of the performance of the bands.
So, what I’m trying to do is, this tour is to coincide with the release/launch of the book. The tour starts April 11, so the book will be out somewhere on or around early April. 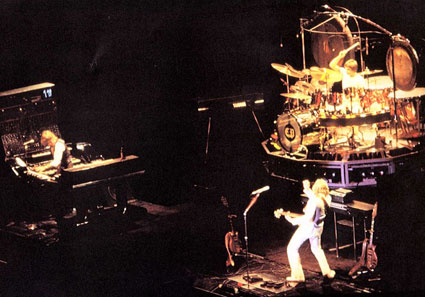 BK: I know this is a tired question, and I don’t want to put words in your mouth, but as far as ELP doing something again, my guess is the answer is “no plans, but never say never.” Correct?

GL: I would say, “Never say never.” Because you do never know. All three of us are still alive. And we did a concert a couple of years ago [the one-off 40th Anniversary Reunion show in London, out on DVD]. But it’s unlikely; I have to say that. But you never know. I mean, I would play. I would certainly play a concert if the conditions were right. I don’t know about the other two; they say they won’t from time to time, and then they do it. Very strange, but each to his own. It’s a question of having the three of us coming together in the same state of mind at one time, really.

GL: I hope to get out and play these concerts. It’s a challenging thing, I have to say, but it’s something I actually look forward to. I can already feel that it will be a good experience. One of the reasons is, I will actually be sharing with the people who have lived through this with me. People like yourself: you’ve lived through that music, and we’ve shared it. The only thing is, up to now you and I haven’t met. But now we’ve met.

And I feel like that about the audience. Once we’ve kind of met in the same room, and we’ve talked together, it will be like we’ve shared that experience together. And that’s got to be a good coming-together.