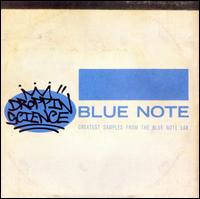 This is one of those projects that makes you ask, “Why didn’t someone do this sooner?” Many artists on the famed Blue Note label have had their work sampled over the years. The 1969-’75 work of their artists would be a treasure trove for innovative hip-hop artists; many of the era’s best jazz/pop tracks were sampled on important works by De La Soul, Brand Nubian, A Tribe Called Quest, Biz Markie, Dr. Dre, J. Dilla and many others. Blue Note has compiled some of the best. But the resulting compilation — including tracks by Donald Byrd, Lonnie Smith, Lou Donaldson and others — is more than simply a history lesson. The great playing, hooky arrangements and (generally) laid-back vibe come together to make a great make-out soundtrack. Try it, kids. (The digital album and vinyl versions add three tracks).