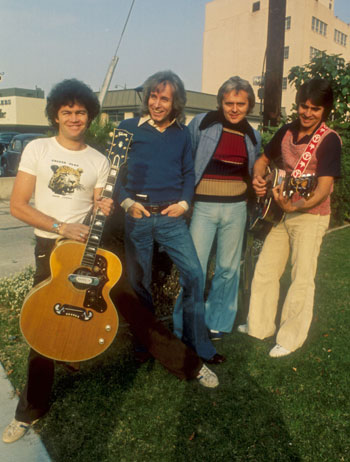 The group did a fair number of television appearances in early 1976, guesting on The Mike Douglas Show, The Dinah Shore Show and even Don Kirshner’s Rock Concert. For the talk show spots, they performed the album’s lead track, “I Remember the Feeling.”

The band’s U.S. tour ended in grand style, rerunning to Disneyland for a week-long residency, culminating with a show on July 4, 1976: the United States’ bicentennial. “It was the biggest crowd you ever saw in your life,” Allison recalled. Quite a buzz had grown up around the group by this time, and local radio carried advance reports of the Disneyland shows. “Peter Tork heard about it on the radio,” says Hart. “He called Micky, and Micky invited him down to the last show.”

“Peter came down and joined us,” Allison would recall. Bootleg audio – complete with screaming girls – documents Tork joining the group on bass guitar for a run-through of “Last Train to Clarksville” and the “Monkees Theme.”

Allison and Hart would laugh at the memory of the Disneyland residency. Recalling his days playing at the Copacabana and being manhandled by security, Hart says that “Disneyland was worse. You’re one of the rides at Disneyland!” The band was incredibly well-rehearsed by that point, mostly playing songs they had all known for a decade or more. “We didn’t do sound checks or anything, “Allison said. “We just showed up and played.” Hart concurs: “It was loose. Sometimes Davy would talk [to the audience] for a few minutes.”

But Disneyland ran a tight ship. “You started at a specific time, let’s say 7:03,” Hart recalls. “And you ended at 8:06, because the Electric Light Parade was coming by at 8:07.” So when the band started to run long, they’d be accosted onstage by the park’s management, telling them, “You can’t do this, because Mickey’s coming!” 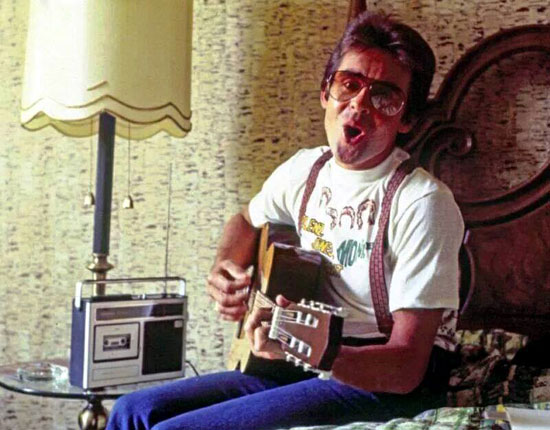 The band’s dressing rooms were in trailers situated right next to the mortars used to launch Bicentennial fireworks. “The trailers had corrugated metal roofs to shield them from the mortars coming down,” Allison recalled. “They would have blown holes right through the trailers’ aluminum.” The band members would get dressed for their show and then be herded into golf carts for the short trip to the stage. “Right after the last spray of fireworks would go off, they would yell, ‘DJB&H, go go go!’” Allison recalled with a laugh. “We were supposed to start playing right as the smoke was clearing.”

Just over a week after the Disneyland gigs, DJB&H and their band were aboard a plane en route to Japan. With the troublesome backing band members a distant memory, the group was getting along reasonably well. “Tommy and Bobby were no problem whatsoever,” says deWalden, who had taken possession of all passports (“So nobody could quit,” quipped Allison). “Micky Dolenz would sometimes be like, ‘What the fuck is going on,” deWalden continues. “But then he would go back to normal. And… Mr. Jones had his drinking problem.”

Christian deWalden put his diplomatic skills to work, helping smooth the path for the group as it navigated among Pacific Rim countries, some of which had strict policies. “I knew how to get through without [Customs officials] opening the bags and everything,” he explains. “Like in Bangkok, every time I would arrive with two bottles of Johnnie Walker Black for them. Then it was always, ‘Please, go.’ None of them ever once opened the bags.” 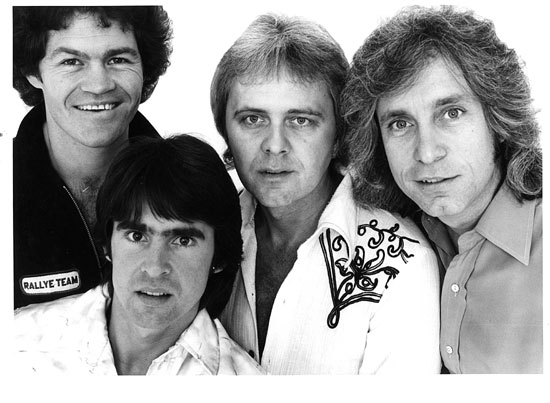 The group played to receptive audiences in four Japanese cities: Shizuoka, Tokyo, Osaka and Nagoya. And everywhere the band went, they were followed by enthusiastic fans. Many tried to get in touch with the group. Christian deWalden notes that social customs in Japan were quite different than in the west.”One of my jobs was to stop the fans from calling the rooms of Micky and Mr. Jones,” he says. “The hotel switchboard is very polite; they don’t like to tell people, ‘Go to hell.’ You don’t do that in Japan.”

Instead, the operators routed all fan calls directly to deWalden. He says that when he answered, young female fans would scream, “Micky!” He patiently explained that he wasn’t Micky Dolenz. “I’m his brother,” he would tell them. “Aishitemasu.” (“That means, ‘I love you,’” deWalden explains with a chuckle.)

Prior to taking the stage in Osaka, the group found itself missing one of its key members. “We were getting ready to go on,” Hart recalls, “and Davy said, ‘Oh, I want to go over to this bar and have a couple of drinks.’” Hart warned him that DJB&H were due onstage in ten minutes. “Suddenly it was time to go on, and he wasn’t back,” Hart says. “Ten minutes late, fifteen, then twenty. We decided to go on without Davy.”

Jones had made fast friends with a couple older local gentlemen in the bar. “He sat and drank sake with them” Hart says. “And he got shitfaced.”

Around the third song in the set, Hart looked over at Micky Dolenz, only to see Jones leap over Micky’s head and onto the stage. “Davy was so pissed off that we had gone on without him, so he made a grand entrance.” The effects of the sake made themselves known. “Davy was so drunk,” Hart recalls. “He couldn’t hardly carry a tune.” After that, Jones announced – as he would do many times on the Asia tour – that he wanted to quit the group. “But Christian had his passport,” Hart says.