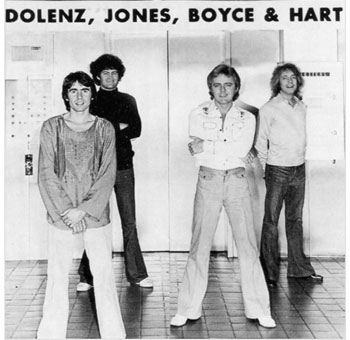 A stop in Singapore found the group encountering some difficulty. “We were the first American rock band to be allowed in to play in the country,” Hart says. “It’s very controlled, very buttoned-down. We were told ahead of time, ‘When you get off the plane in Singapore, your hair cannot touch your collar.” Allison added, “It can’t cover you ears and it can’t come down to your eyebrows.” So they all got haircuts.

After landing in Singapore, all members of the group had to undergo inspection. “We had to go to the police precinct,” Hart says. “They took us individually into different rooms; the guy got really close to me, looking at me up and down.”

From there they flew to Hong Kong for a publicity junket. Though it’s not listed on any fan-created tour lists, the group played Taipei, Taiwan as well. Hart and deWalden differ when recalling the location, but both emphasize that in at least one country (and not Japan), they were required to submit lyric sheets for all the music they intended to play. “They were looking for anything subversive,” Hart says with a laugh. “Like, ‘”I Remember the Feeling?” What does that mean?’”

Impressed by the Pacific Rim audiences’ enthusiastic response, Japanese record executives encouraged the group to record a live album. DeWalden brought the idea to the group. “Bobby and Tommy said, ‘Let’s do it!’” he recalls. “Micky said, ‘Let’s do it!’ Mr. Jones said, ‘What the hell. Are we getting Money?’ I said, ‘If it sells!’”

Bobby Hart recalls that it was Tommy Boyce who called Capitol Records and said, “Send a sound crew over!” Recorded live onstage at the Yūbin Chokin Hall in Tokyo on July 20, Concert in Japan is a faithful (if truncated) document of the group’s live set, featuring four songs from the studio album plus Monkees medleys. The record closes with band leader Allison singing “Action.” 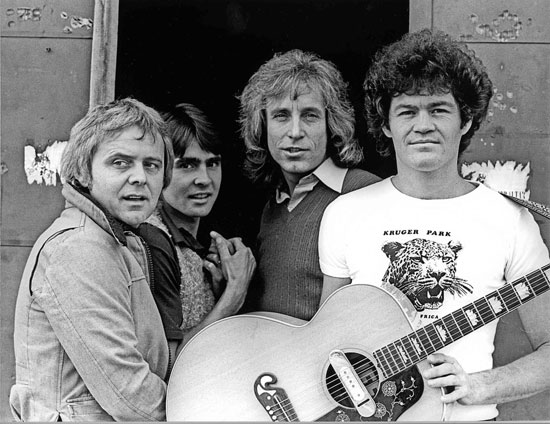 Concert in Japan didn’t sell, and for good reason. It was released only in Japan, and didn’t appear in stores until 1981, some five years after the group had played its final date. No one associated with DJB&H can explain the delay. “Beats me,” says deWalden.

The Pacific Rim tour ended in late July, after a final show in Bangkok. From there, the group scattered, with various members making their way home to the U.S. or visiting elsewhere. After a five-day run at the place where they had started, Six Flags Over Mid-America, the group quietly disbanded.

A mere six months later, the two ex-Monkees launched a tour that continued where DJB&H had left off. Billing themselves as The Dolenz & Jones Show, the pair toured under the same banner as before: The Great Golden Hits of the Monkees. They would play some two dozen dates between spring 1977 and late September of that year, performing mostly in clubs and resort hotel lounges. After a run of dates in Toronto, both joined the cast of Harry Nilsson’s The Point in London for a two-month run.

After releasing a pair of non-charting singles in the UK only, Boyce would form his own group, The Tommy Band, in 1979; the group released one single. Hart released The First Bobby Hart Solo Album in 1980; it remains his only solo release to date. Keith Allison landed on his feet, working with Ringo Starr (among others) and developing his acting career alongside his musical endeavors.

Both Allison and Hart would look back fondly on the memories of their time in DJB&H. And deWalden shares that fondness. “Whenever I had an idea, Tommy and Bobby were always very cooperative,” he says. “They would say, ‘Okay, now let’s sell it to the others.’ I was inexperienced, but the respect they had for me made me feel like the happiest man in the world.” 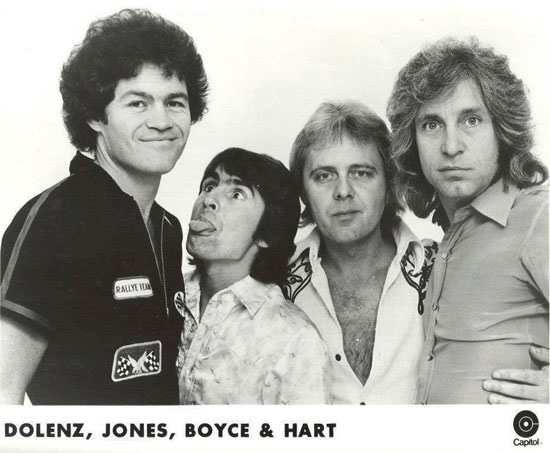 Between the late 1950s and the end of the first vinyl era, nearly four dozen singles would be released by Micky Dolenz, Davy Jones, Tommy Boyce, Bobby Hart and/or various combinations thereof. Below are some of the most sought-after from among those releases.