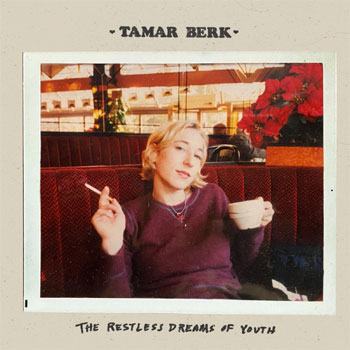 Way back in the heyday of rock and pop, artists who scored a record deal were required to churn out a new collection of songs every few months. That furious pace of output separated the wheat from the chaff; not everyone was prolific. Some were up to the task, and we remember their names today. Others filled their records with, well, filler. Their place in history would be less certain.

By the ‘70s and beyond, the pendulum swung the other way. For better and often for worse, artists took longer to create new music. Some, one might observe in retrospect, got a bit lazy. Superstars of rock and pop sometimes went years between albums, and got away with it. Fleetwood Mac and Boston, I’m lookin’ at you…

We’re living in a very different time today. In an era sometimes characterized as post-label (though the record labels do still exist), artists have a newfound freedom to create and share new music at a pace and on a schedule that suits their wants and needs.

As listeners, we’re lucky. This current-day paradigm means that in the last several months, we’re graced with not one but two albums of new music from Tamar Berk.

In May, I reviewed Start at the End, the latest from the Southern California rocker. But as I soon discovered, that fine record was a rapid-fire followup to another long player, The Restless Dreams of Youth.

The two albums have a sonic unity, a continuity that ensures that listeners who enjoy one will absolutely want to obtain the other. The Restless Dream of Youth opens with the seething “Skipping the Cracks.” It sounds like best late’ 90s alternarocker you somehow missed. While Berk has a sound all her own, keen listeners will find a musical approach reminiscent of Liz Phair’s essential Exile in Guyville. Berk has the simmering, malevolent energy of Urge Overkill, the finely-tuned melodic sense of Matthew Sweet, the sharp wordsmithery of Michael Penn, the atmospheric moodiness of the Church.

And yeah, I just rattled off a list of artists who are inextricably associated with a particular era, one that came and went (shall we say) awhile ago. But there’s nothing retro about Tamar Berk’s music. It has no sell-by date; timelessness is one of its enduring characteristics.

You won’t find any clunkers among The Restless Dream of Youth’s twelve songs. If contemplative musical musings are your thing, she’s got you covered. If you want melodies that will stick in your head, you’ve come to the right place with this one. And if you just plain want to rock (with occasional piano-centric gems like “A New Case” to showcase the artist’s versatility and keep you on your toes) then you could do much worse than pick up this record.

And pick it up you should. On vinyl, even!