Continued from Part Two. In Part Three of my conversation with Chris Brubeck, we talk about the idea of instrumental works still having subject matter, and the mystical communication that can exist between drummers and bassists. And somehow, something happened that I didn’t expect in a jazz interview: the conversation wandered into talking about King Crimson and Gentle Giant.

Something that I find interesting is the number of composers with whom I speak who tell me that even their instrumental works are, “about something.” That there’s an unspoken narrative that the listeners may have no idea about. Is that true for you in the pieces that you write?

Yeah, sometimes it’s really, really overt. And sometimes it’s pretty subtle. But yeah, in my mind I always have some sort of soundtrack, even if I’m not trying to. Like, let’s say, on Timeline, that piece “Three Wisemen.” I always have different little movies going in my mind, that kind of resemble a Lawrence of Arabia, just silhouettes and sunsets and sand dunes.

And then when I just got back from Europe, I was writing something that was just incredibly overt what it was about, because it was an oratorio for soloist and chorus and orchestra and it was based on biblical text. It was called, “Mary Magdalene and the Garden Dweller.” So, that whole thing is the biblical story of Mary going to the tomb and finding it empty, and what happened to Jesus and his body. And then she talks to this really gentle soul, the gardener and she puts it together that, “Oh my god, the gardener was secretly Jesus.” 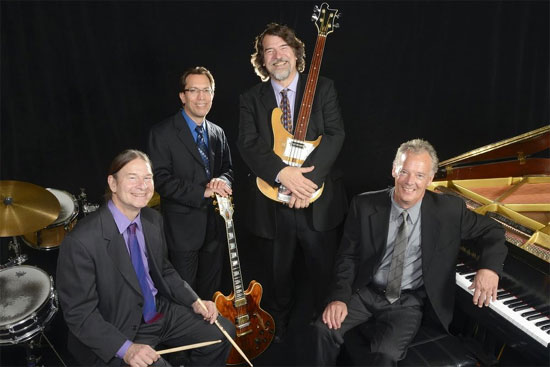 But the most important part of that story is that in a very patriarchal universe of Christianity and all religions, that so surprised of the story of Jesus picking a woman, not a man, to go to the disciples and basically say, “Listen, you quivering cowards, come out of wherever you’re hiding and it’s time to start preaching.” And Jesus chose her to tell them to get their act together, to go out there and be courageous.

I’m not trying to give you the impression that I’m any kind of a Billy Graham kind of person, but I’m sort of a spiritual kind of person; I think about these things. But it was a writing assignment. A Dominican Father knew my parents and knowing it was my dad’s centennial year, and that my father wrote about 18 major oratorios and cantatas with my mom. He said, “I really want to honor your parents by organizing a commission for you to write something in that style that he did with the orchestra and chorus.” So, that’s what I just came back from. And that was totally literal. I just stood there with a Libretto and just started writing melodies and chords to go with the lyrics I was given.

And then going to another extreme, like in my rock and roll days or in between, I wrote a song that Patti LaBelle recorded. I wrote both the lyrics and the words. Just sometimes, you sit down and a song comes to you, like a big-ass lightning bolt out of the sky, even the words and the melody, all at once, and that was one of those. She ended up recording it as a duet with Bobby Womack.

And then I went on to write some stuff with Bobby Womack, because he appreciated it. Bobby was the kind of cat that, in his daily life, would accidentally come up with great song titles and ideas, but maybe wouldn’t quite have the discipline to really finish them at a certain point in his career. And so, he thought in me that he had found someone that maybe would take his original ideas and work with them. I’m sure he worked with other people more than me, but we gave it a shot for a while, too. So that was interesting. But I’ve been all over the map with what I’ve written.

Another non-original idea of mine: in the rock idiom, the rhythm section is bass and drums; in the ideal situation, those players have have a deep, unspoken level of communication. Do you find that you and your brother Dan have that in The Brubeck Brothers Quartet?

Well, I guess we do. And it’s so deep and unspoken that a lot of times I don’t even notice it. But in the last couple weeks we’ve been in situations where, like we were at the big jazz educators conference in New Orleans, and there were accomplished musicians that came up to us and said, “Wow, you two guys are so hooked up.” And you know, I hadn’t even thought about it.

Then we just went on this big jazz cruise that had tons of great musicians, and Alison Miller, who is a wonderful drummer that I admire a lot, said to me, “Hey, you guys really play together well. You and your brother Dan have this whole thing hooked up about when you play.” And then I started thinking about it more, and I realized well, we certainly have, besides playing together a stupid amount of long time, since I’ve known him all his life, also, we have in common a, sort of, training ground.

And then if you do that, you can, as a soloist or a bass player, you can be like bom-tu-dee; bom-tu-dee; bom-tu-dee. You know, half-time 4. Or walking fast. Or mixing it up. And Dave told me, when his group really pioneered that kind of way of playing, they were so excited and they played at Carnegie Hall. They really did it. The group, some were in three, some were in four, some were in two. The beat was all crossing over and in the review the New York Times, the next day said, “Boy, these guys from the West Coast are horrible. They can’t even play in three together!” Just the complete opposite perception of what was going on, which was all this multi-meter, poly-rhythmic stuff.

I saw one of my favorite groups, King Crimson, a couple years ago. They have three drummers in the front of the stage, which is an unusual configuration. There’s one tune they do where all seven of them are playing in different time signatures. And it’s dizzying. And of course, every so often, it syncs up, you know? And it’s even stranger when that happens. Their drummer for many years – he’s not with the band anymore – Bill Bruford has a famous quote that goes something like, “King Crimson is the only band that you can play in thirteen and still stay in nice hotels.” 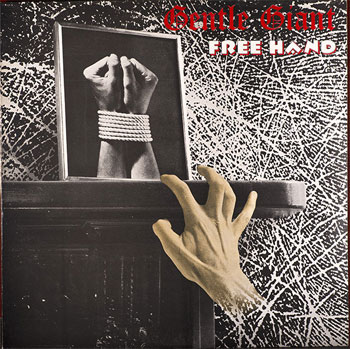 [laughs] I was a great admirer a group called Gentle Giant…

I have all their records!

They used to have – I don’t even know if I can remember the name of the tune – but one of their lead off cuts was something where they were snapping their fingers. I think it was in kind of in seven.

It’s on the album Free Hand. Yes, I know just the song. “Just the Same.”

I remember that! That’s so cool. My rock and roll band, the one that was the most fun, was a group I led called Sky King. In terms of our intersection of rock and roll history, the person that heard our demo and said, “Come on down to my studio and let’s cut some tracks” was Steve Cropper. And so, we recorded in Memphis, then that record came out as a record called Secret Sauce. That was a lot of fun; it was sort of the pinnacle of my rock and roll years.

Click here for yet still more from my chat with Chris Brubeck.