Keller Williams: Prolific at any ‘Speed’ 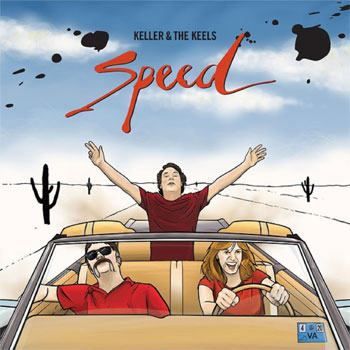 A multigenre, multi-instrumental artist, Keller Williams makes music that appeals to a wide array of music fans. Steeped in Americana, he makes music that proudly displays the influence of bluegrass and folk. And his improvisational prowess has gained him a serious following in the jam band community. Williams performs live in many different contexts, as well: he plays solo, as part of a duo, and in bands and other musical collectives. And he’s a prolific recording artist, too; since his 1994 debut Freek, he’s put out more than 25 albums, each titled slightly idiosyncratically with a single word.

2019 was an especially busy year for Williams; he released not one but two albums, Add and Speed. Reflecting on his prodigious output, he says that he doesn’t consider himself “especially manic, but I’ve been really inspired to release projects.” He makes the point that the music industry is set up to expect mainstream artists to release new product every two years or so. “You push it and you push it for months before it comes out,” he says, “and then you tour it.”

But Keller Williams isn’t exactly a mainstream artist, and he doesn’t feel the need to play by the rules that might apply to one. From the start, his albums have been released independently or on very small labels, far away form the machinery of the music business. “It would be nice to have people pay for my recording,” he admits with a laugh. “But I never really hit a chord with any kind of record companies. And in hindsight, it turned out to be a beautiful thing.” A quarter century after making Freek, he’s still around, while many of the record labels that flourished ’94 aren’t.

And he has no shortage of fresh musical ideas. The making of an instrumental release from late 2018, Sans, left him inspired to do more. “It’s my only instrumental record, and it kind of walks the line between acoustic and electronic music,” he explains. But he was left with what he describes as “a bunch of songs that I had been working on for a while [but] that never had a home,” so he quickly brought them together as Sans. 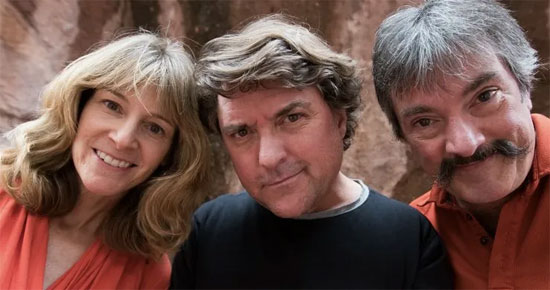 Completing Sans led him to yet another album. “Sans means ‘without,’” he explains. “Without lyrics. So the next one was Add, where I put the lyrics back in.” But he was still on a roll. Another idea came along, one that he describes as “another excuse to hang out with Larry and Jenny Keel.” The musical couple has joined forces with Williams a number of times over the years, recording together twice before on Grass (2006) and 2010’s Thief. Both projects connected the dots between bluegrass and rock.

Williams says that when he plays with the Keels, the result doesn’t sound like any of his – or their – other projects. “We come together and do something different than we normally do,” he says. “And that’s exciting. The new record is called Speed because we like to play really, really fast.” And while all three musicians have impressive songwriting credentials, Speed isn’t about that. “It’s very much a record for entertainment, not necessarily to focus on art or songwriting,” Williams says. “It’s definitely for the pure entertainment of ourselves … and hopefully others.”