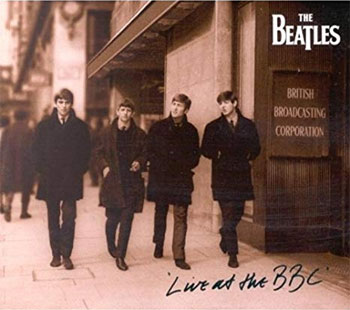 The Beatles’ final album, Let it Be, was released in May 1970. With the exception of the 1977 LP The Beatles Live at the Hollywood Bowl and two same-named but different records titled Rarities in 1978, there would be no release of previously-unheard Beatles music until the middle of the 1990s.

That wasn’t the plan. As early as the 1980s, an album of previously-unheard outtakes and alternates was prepared. But though bits and pieces leaked out to bootleggers, that project –in greatly expanded and modified form – wouldn’t see the light of day until the release of the three Anthology 2CD sets in 1995 and 1996. But just before those, there would be Live at the BBC.

In the Beatles’ early days, the group was happy to appear on all manner of BBC radio programs. Doing so helped satisfy the seemingly insatiable demand for more more more Beatles, and it gave the band the opportunity to connect with its fan base in a way that concert tours could not. From the group’s early days when Ringo had yet to join (he was still with Rory Storm), the group appeared at BBC studios to joke around with radio hosts and play songs. And they’d continue to do so for a few years. Sometimes the songs were their latest singles, but often as not, the Beatles took the BBC appearances as opportunities to dig deep into their repertoire and pull out songs they loved.

Those songs ran the gamut, and a list of them indicates the wide-screen musical appetite the band had. It also indicates just where the Beatles drew some of their inspiration. Some choices are obvious: Elvis’ “That’s All Right (Mama),” for example.

Others were much less obvious, like Arthur Alexander’s “Soldier of Love.” And it’s within those tracks that Live at the BBC finds its greatest value, affording listeners the opportunity to hear songs by the Beatles that they would have never heard before. A reading of the little-known Gerry Goffin-Carole King composition “Don’t Ever Change” – originally cut by the post-Buddy Holly Crickets – is one of the album’s gems. Chuck Berry’s “Memphis, Tennessee,” “The Honeymoon Song,” “Ooh! My Soul,” and “Some Other Guy” are among the long list of highlights.

(Fun fact: when Marshall Crenshaw was portraying John Lennon in the Broadway cast of Beatlemania in the late ’70s, he and his band mates studied unreleased tapes of the BBC recordings. Years later when Crenshaw released his self-titled debut album in 1982, his cover of “Soldier of Love” sounded very much like the Beatles’ reading.)

Sometimes, the BBC versions differ from their studio counterparts (when the latter exist). The BBC tapes show just how good a band the Beatles were in terms of ensemble playing. And when there are little mistakes, they’re endearing rather than distracting. No overdubs and few second takes for these sessions under the guidance of cost- and time-conscious BBC audio engineers.

At 69 tracks, Live at the BBC offers a deep look at the band’s sound of the early days. (Note that some of those 69 tracks are dialogue). The sound quality wavers, though producer George Martin did a yeoman job with 1990s technology to bring the audio to its best. As a result, Live at the BBC is a consistent – and consistently entertaining – listening experience. And of course the collection is an important and essential historical document.

In some ways, Live at the BBC may have been a sort of trial balloon for the Anthology project, released to gauge the public’s appetite for unreleased Beatles material. If so, the people at Apple would have been pleased. Released on November 30, 1994, Live at the BBC sold in droves, reaching #3 in the U.S., #1 in the U.K. and earning near-unanimous critical praise. 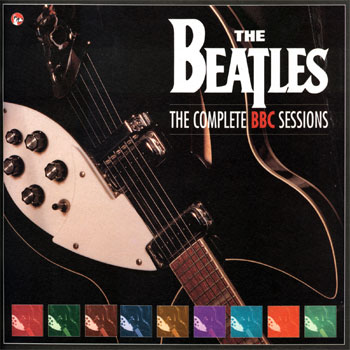 As previously mentioned, the idea for a collection of BBC recordings had been being kicked around at Apple since the early 1980s, and compiler Kevin Howlett had already begun organizing tapes for his popular radio series The Lost Beatles Tapes. Because of the BBC’s approach to the material at the time of original recording and broadcast, many of the source tapes no longer existed by the time of the project. As a result, bootleg tapes were used as the source for some – it’s not clear how many – of the tracks on Live at the BBC.

In 1994, an EP was also released. Available on 45rpm vinyl and CD, Baby It’s You featured the title track, taken from Live at the BBC plus three tracks that weren’t on that set: “I’ll Follow the Sun” from 1964, “Devil in Her Heart” from ’63 and a 1963 reading of “Boys.” The latter was performed by the Beatles on the BBC on no less than seven occasions.

Which raises a point: many other BBC recordings existed, even if the songs were the same ones over and over. But as the saying might go, completists gonna complete. Longtime collectors and hardcore Beatles fans knew that Live at the BBC merely scratched the surface. Italian bootleg label Great Dane had released its own version, The Complete BBC Sessions, in 1993, before the Apple release. That set filled 10 compact discs.

A decade later, there would be a kind of crowd-sourced project before the term existed. Bootleg “label” Purple Chick (really a collective of enthusiasts and collectors) released its own BBC collection, drawn from the best-available recordings circulating underground – as The Complete BBC Tapes. Cherry-picking recordings from previous bootlegs released by Great Dane, Yellow Dog, Masterfraction and illicit labels, the compilers created a massive work. Purple Chick’s set ran to 14 discs(!); for hardcore fans it would serve as the definitive collection of Beatles BBC material. It included a number of notable recordings from 1962 and 1963 featuring original drummer Pete Best, as well as songs for which no Beatles studio version exists. A revised version of the Purple Chick set appeared in 2004, featuring previously “unbooted” recordings in better fidelity documenting Teenager’s Turn – Here We Go programs of March and June 1962 plus bonus tracks. 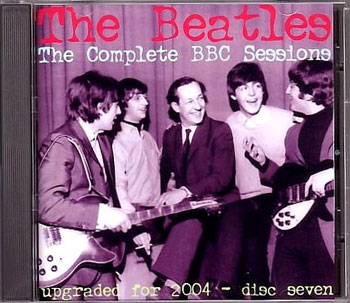 One of the Purple Chick volumes

But none of that material was available via legitimate means. Consumers who played by the rules would have to wait nearly another 20 years. In 2013, a companion volume to Live at the BBC finally appeared. On Air: Live at the BBC Volume 2 would be a bit heavier on original material than its predecessor, but the set was well received by critics and fans alike. Most significantly, On Air included nearly all of the rare tracks that hardcore fans had complained were missing from Live at the BBC. And a curious, limited-edition digital release appeared in 2013: The Beatles Bootleg Recordings 1963, extending copyright claim over an additional 32 BBC tracks.