Album Review: Day & Dream — With Every Breath You Die 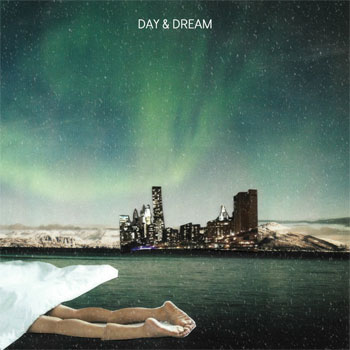 Though it kicks off with the brief “And So It Begins,” sporting a watery guitar figure that recalls Todd Rundgren’s “Tiny Demons,” Day & Dream’s With Every Breath You Die quickly shifts gears into a wholly different style. On representative tracks like “Night Lights,” the Asheville dream-pop/shoegaze band crafts a sound that suggests the influence of (or at least like-mindedness with) artists as diverse as the Cure, Shelleyan Orphan, Jesus & Mary Chain and Beach House.

What those acts (and, by association, Day & Dream) share is a commitment to starting with an appealing melodic figure – if not always what’s traditionally considered a “hook” – and adorning it with a deeply textured arrangement that simultaneously gives it both visceral power and a hazy, somnambulant vibe. Peter Frizzante’s whooshing, distorted and intentionally wobbly guitar lines provide the woozy feel, while the band’s rhythm section (bassist Lowell Hobbs and drummer Mike Fasano) lay down a rock-solid foundation. But it’s the coquettish, breathy vocals of keyboardist Abby Amaya that truly set Day & Dream apart from the pack.

All of the music on the band’s 12-song album are credited to the group, so it’s difficult to determine which member or members deserve credit for the lyrics. But the impressionistic demeanor of those words on songs like “Chrysalis” fits perfectly with the music. Words like “sleep” and “dream” pop up frequently, and the musical backing reinforces that kind of ambiance.

That observation shouldn’t lead newcomers to the group’s music to assume that Day & Dream makes exclusively languid, laid-back music. “First in Flight” pummels forward relentlessly; it’s just that it does so in an airy, shoegazey kind of way. And while there’s a unity of character throughout the album – Amaya’s vocals are the glue that holds the collection of songs together – the band changes up its approach from song to song. “Forest Fire” slows the beat down to a crawl, giving plenty of space for Frizzante’s chiming guitar lines to ring out and reverberate.

And the group knows how to write a catchy song, too. “Starry Night” is as appealing a tune as one could imagine in the context of dream-pop. Halfway into the album, Day & Dream adds unexpected sonic color by having Frizzante double the chorus vocals an octave below Amaya’s part; as the song unfolds, he sings a countermelodic line. It’s almost – but not quite – a duet, and adds an unexpected dimension to the group’s overall sound.

Brief linking tacks like the aptly-named “Sheepcounter” display a side of the band it would do well to pursue further; as fetching as Amaya’s vocals are, the group’s instrumental mix is impressive on its own as well. “You” gives the opportunity for the rhythm section to break out a bit; Fasano’s complex drum pattern is hypnotic and smoldering, and Hobbs’ understated bass part quietly asserts itself.

And while there’s a vaguely downbeat/goth feel to some of the lyrics and song titles (cf. “Zero Sum Game” and “Take It to the Grave”), Day & Dream reveals a brief flash of self-effacing humor with a song title like “We’re Gonna Need Some More Coffee.” With Every Breath You Die is recommended to lovers of shimmering, gauzy pop.