It’s only a slight overstatement to call trumpeter Herb Alpert the king of 1960s easy listening music. Alpert, of course, led the staggeringly successful Tijuana Brass; if you’ve ever been in a thrift shop, you’ve seen Whipped Cream and Other Delights, the record with that famously racy cover photo. Alpert is the rare artist who topped the charts as both an instrumentalist and a singer (the latter was a rare vocal turn for 1968’s “This Guy’s in Love With You”). 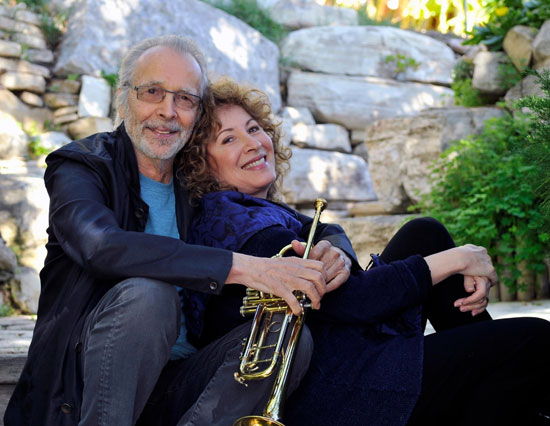 Alpert is best known, however, as the man who brought a kind of pop-jazz into the homes of millions; as Herb Alpert & the Tijuana Brass; that “band” (actually Alpert backed by the ubiquitous L.A. session aggregation known as the Wrecking Crew) released 11 albums between 1962 and 1968; six of those LPs went to #1 on the Billboard charts. At one point, records by the TJB even outsold the Beatles. Alpert’s chirpy, uptempo style was effectively the soundtrack for a certain segment of the ‘60s lifestyle. (And speaking of soundtracks, he recorded the memorable theme song for the original Casino Royale James Bond film in 1967.)

After the Tijuana Brass years, Alpert largely left the south-of-the-border style behind, moving toward a smoother mainstream jazz sound. His 1979 single “Rise” hit the #1 spot on both the pop and Adult Contemporary charts. To date Alpert has released nearly 50 albums, 29 of which went Gold or Platinum. 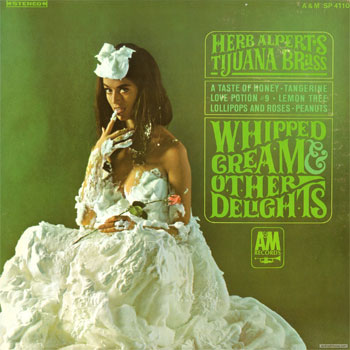 Way back in 1973 Alpert married singer Lani Hall; Hall had been the vocalist in one of A&M’s popular acts, Sérgio Mendes & Brasil ’66; their “Mas Que Nada” was a hit in 1966 and earned renewed popularity when it was featured on the soundtrack of Mike Myers’ 1997 Austin Powers: International Man of Mystery. Hall has yet another spy movie connection: as a solo artist, she sang the theme song to 1983’s non-canonical 007 film Never Say Never Again.

Today at age 83, Alpert is active as an abstract expressionist painter and philanthropist. And he remains a vital onstage presence. Appearing in concert together since 2006 and backed by an instrumental trio, Alpert and Hall perform a set of songs that draws upon both of their celebrated musical careers.