Ten Favorite Quotes from my 2018 Interviews

The title explains it all. Each year I do on average 175 interviews with musicians. These are some of my favorite quotes from last year. 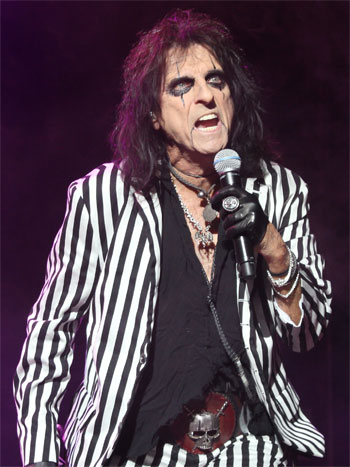 “Four strings seemed so much simpler than six. If it could have been three strings, I would have done that.” – Robert Been (Black Rebel Motorcycle Club)

“Sometimes a mistake actually works. So you say, ‘Remember that, when you fell over that amp? Yeah, do it again tomorrow night. They loved it!’ – Alice Cooper

“A really proggy, odd time signature, 19-minute, weird, ‘Jazz Odyssey’ is fun to play. But it might not be very pleasant to listen to.” – Tobias Forge (Ghost)

“They thought that I would be maybe better out front and leaving [keyboards] to someone who knew what they were doing!” – Jim Kerr (Simple Minds)

“It was like, ‘Is [Ginger Baker] worth a call?’ And I’m thinking, ‘Who knows? Just for the insults it might be hilarious.’” – John Lydon (PiL)

“There is no single information pipeline anymore. So, in some ways, that’s where we’re all heading: just a world of underground celebrities, customized heroes.” Steve McDonald (Redd Kross)

“We’re actually better now than we were then. I don’t know if that’s gonna be a plus or a minus.” – Rick Miller (Southern Culture on the Skids)

“My life has reflected my interviews. I’ve gotten better. I’m on the wrong side of 87 now, so I had to learn something doing interviews all these years.” – Sonny Rollins

“If you’re a record label and you had the choice between Foghat or promoting [me], you would probably spend your promotion dollars on Foghat.” – Todd Rundgren

“Everybody who graduated from the ‘Colonel Bruce Hampton bootcamp of music’ [learned that] why we were doing it was as important as what we were doing.” – Jeff Sipe