Southern Culture on the Skids: in a Haze

For more than 30 years, Chapel Hill, N.C.-based band Southern Culture on the Skids has been making fun, often silly music that represents the band’s irreverent yet loving perspective on the culture of the southeastern United States. Recently the trio has been recognized for its music, and taken the opportunity to honor the work of a figure whose work influenced theirs. And a new collection of old music is set to reassert the band’s control over some the most popular songs in the SCOTS catalog.

On February 10, outsider singer-songwriter Hasil Adkins was inducted into the West Virginia Music Hall of Fame. Adkins, who died in 2005, exerted a significant influence on some of the more out-there musical artists who would follow in his wake; the Cramps and Flat Duo Jets are just two of the many acts who freely name the psychobilly pioneer as a favorite. And Southern Culture on the Skids – who, like Adkins, have written songs about chicken – was asked to perform at the induction.

“It was kind of a Hasil lovefest there for a little while,” says SCOTS guitarist Rick Miller. “The crowd really liked it.” Miller says he was pleased to see “The Haze” honored. “I was amazed that they let a guy so far outside of the traditional music scene into their Hall of Fame,” he says. “They inducted some traditional musicians too: Frank Hutchinson, along with some traditional bluegrass and old-time.” 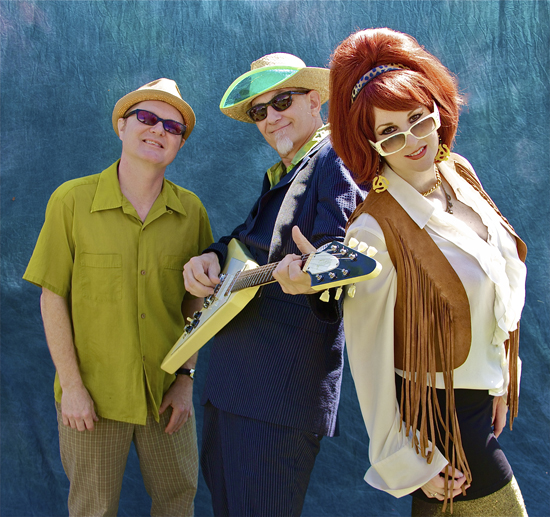 Other honorees included Ann Magnuson of Bongwater and the late Fred “Sonic” Smith of MC5. Smith’s widow, poet-musician Patti Smith was in attendance; she and her son Jackson were joined onstage by guitarist Lenny Kaye to honor Smith. “There was also some guy [Michael W. Smith] who’s huge in the Christian market,” Miller says. “I don’t know who he was, but it was all really good.”

Miller and his SCOTS band mates had played with Adkins many times, and included a tribute to him (“Cicada Rock”) on their ninth album, 2004’s Mojo Box. Many years ago, Miller tried to put together an album of Adkins’ songs. “I got in the mail a box of, like, ten reel-to-reel master tapes from him,” he recalls. “There was a note in the box; ‘Pick 16 for the record and two for a single, and send the rest back to me.’” Unfortunately, as the project neared completion, the record label went out of business. “I just sent all the tapes back to Hasil,” Miller says. “Some songs ended up on Norton Records later on. But they showed a side of Hasil I didn’t really know: country, hillbilly-flavored and bluesy songs.”

Southern Culture on the Skids earned some recognition of their own late last year. Sirius XM “Underground Garage” radio host Little Steven named one of their songs, “Dirt Road” from 2017’s The Electric Pinecones, as one of the “Coolest Songs in the World.” “We noticed that the list [of nominees] was stacked with some good records,” Miller says. “So I was like, ‘Eh, I don’t know how good we’ll do on this.” Noting that he doesn’t know how many SCOTS fans listen to Little Steven (“obviously more than I thought”), Miller emphasizes that the band appreciates the gesture. “We came in fourth. It was an honor that they even picked our song [for consideration] in the first place.”

The band’s spring 2018 tour traveled to more than two dozen dates along the eastern seaboard and the south (including sets at the annual South by Southwest festival in Austin). And eventually there will be a new CD for fans only, one featuring material from the band’s years on the Geffen label. “We own the songs,” Miller explains. “I wrote ’em. I own the publishing. But Geffen owns the versions of the songs. So when someone maybe makes an indie film and wants to use one of those songs, we have to refer them to Geffen. We get kinda lost in the shuffle.”

Rick Miller says that the re-recordings mean that those tunes “can be part of our catalog again. We’ll probably put together a little ‘bootlegger’s choice’ and make it available to fans who say, ‘I love that “Banana Pudding” song; what album is it on?’”

He laughs when he notes that the new recordings sound really good. “We’re actually better now than we were then,” he says. “I don’t know if that’s gonna be a plus or a minus.”

Tags:scots, southern culture on the skids