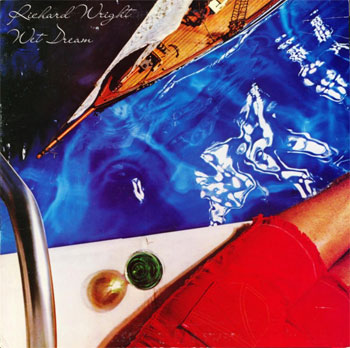 An edited version of this essay appeared previously on Rock and Roll Globe.)

In the wake of the success of The Dark Side of the Moon, everything changed for Pink Floyd. As I chronicle in my book, Reinventing Pink Floyd: From Syd Barrett to The Dark Side of the Moon, the London-by-way-of-Cambridge, England band developed its signature sound over a five year period after the loss of its original leader. But once Dark Side took off, the internal dynamic shifted for the band. Subsequent albums – 1975’s Wish You Were Here and Animals from 1977 – would be created under very difficult, less democratic and collaborative circumstances than the group’s earlier records.

The group also slowed its collective output after The Dark Side of the Moon. Roughly two years would elapse between each of its next three albums, and by the time of The Wall (1979), founding keyboardist Richard Wright was gone (quietly, though; he played on the album and performed live on the limited run of live dates in support of The Wall, but by that point he was a paid employee, not a full member).

One interesting outgrowth of the band members’ growing apart was the appearance of solo albums from three of them. Guitarist David Gilmour, drummer Nick Mason and keyboardist Richard Wright (but notably not bassist/lyricist Roger Waters) would all record solo albums in the waning years and months of the 1970s.

Richard Wright had been responsible for more of the “Pink Floyd sound” than he was often given credit, though occasionally an astute reviewer would take note. Writing for the Rolling Stone Record Guide in 1979, Bart Testa acknowledged Wright’s role as “the prime mover of [Pink] Floyd’s aural stagecraft.” And Wright’s knack for emotionally evocative, melancholy melodies had been on brilliant display on tracks like “Us and Them” and “The Great Gig in the Sky” (both highlights of The Dark Side of the Moon), so it stood to reason that on his own, the keyboardist would craft a collection of similarly compelling music for his solo debut.

Like Gilmour and Mason, Wright chose to work with musicians outside the group for his solo album, 1978’s Wet Dream. He enlisted a small group of player including saxophonist Mel Collins (of King Crimson and many session dates) and Snowy White. White was in fact a close associate of Pink Floyd; he toured with the band as second guitarist, and though he had his own style, he was adept playing in a fluid style similar to Gilmour. On bass was session player Larry Steele, and the drummer on all of Wet Dream’s tracks was Reg Isidore, best known for his work with Robin Trower.

Wright was always an inventive keyboardist, and his vocals conveyed menacholia like few others. But he was never terribly prolific; beyond composition, his contributions to Pink Floyd albums often came in the form of textural ideas that contributed to the overall soundscape of the records. And for Wet Dream, six of the album’s ten tracks would be instrumental numbers.

The record opens with “Mediterranean C,” the first of those six instrumental tunes. Starting with a subtle, slow piano figure, the arrangement gradually adds instrumentation: organ, synthesizer, and then drums. After a very Nick Mason-like fill, the first lead instrument, Wright’s distinctive Oberheim synthesizer takes center stage. Collins takes over with an extended, romantic solo. The melody is restated, and in the second pass, Snowy White’s double-tracked lead guitar plays a sweet solo. Save for the contemporary-sounding Oberheim leads, the stately, somber melody wouldn’t have been out of place on Pink Floyd’s More soundtrack, released back in 1969. 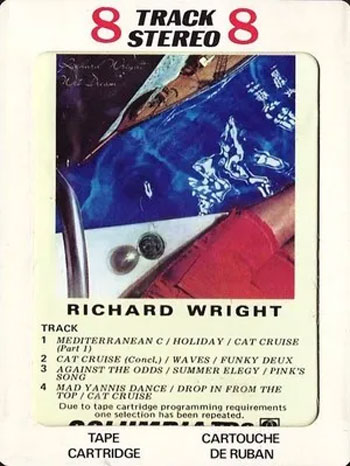 White’s acoustic Spanish guitar is at the center of “Against the Odds,” a weeper with lyrics by Wright’s then wife Juliette. The keyboardist lays down a piano base, subtly embellishing it with harpsichord and other synthesizer textures, but at its core, the song is a spare, lump-in-the-throat ballad. Snowy White takes a prominent, minute-long solo in the song’s second half. An electric guitar, buried deep in the mix, provides a bit of rhythm.

The instrumental “Cat Cruise” is perhaps the most Floyd-like cut on Wet Dream. It begins with the instruments sounding far away, gradually increasing in volume. Isidore finally gets the opportunity to do more than tap tentatively on his drum kit. Wright’s piano is the primary rhythmic instrument, and he adds some nice texture with broken chords. Collins lays down trademark soulful sax, and a droning synthesizer (with a character very familiar to listeners of Wish You Were Here) fills in gaps. Halfway through the song, the band kicks into higher gear. White’s lead guitar soars, alternating between speedy melodic lines and sustained notes.

It’s bit jarring, then, to hear “Summer Elegy” follow that uptempo number. A heart-rending melody that simply drips pathos, the tune has a lyric that lays out a sad scenario of faded love or friendship. Wright’s lyric is just oblique enough that it’s unclear what or whom he’s singing about – his wife? Syd Barrett? – but Snowy White’s lead guitar is the undisputed highlight of the tune.

The instrumental “Waves” is aptly titled. The synthesizer washes that punctuate the tune evoke the slow yet relentless pounding of waves upon the shore; Wright’s love of the Greek isles likely inspired the tune. Wright adds subtle synth textures, and White – deep in the mix – sprinkles tasty bits of guitar filigree upon the arrangement. A breathy, late-night sounding saxophone solo from Collins is the centerpiece of the track that closes Side One of the LP.

“Holiday” continues the somewhat unrelenting melancholy vibe. Wright’s melody shifts between verse built primarily on minor-key chords, but he shifts to major chord for the chorus. The effect is one that conveys more sunny optimism than is generally found on the record. The bridge is reminiscent of George Harrison’s solo work. Wright’s Oberheim spars (albeit gently) with White’s lead guitar during the song’s instrumental break. The familiar chord sequence of the chorus provides an extended outro to “Holiday,” and could have served an a tidy ending to Wet Dream.

“Mad Yannis Dance” fades in gradually; it’s a moody, slightly underdeveloped instrumental that would fit seamlessly onto an Alan Parsons Project album of the era. The vaguely baroque tune has a cinematic feel; one wonders how successful Wright might have been had he applied his talents toward film work.

The funkiest moments so far on Wet Dream are found within “Drop In from the Top,” the record’s fifth instrumental piece. Wright’s gurgling Hammond organ lines represent one of his few distinctive solo bits on the album. Structurally, the tune resembles a blues more and more as it unwinds; White’s sinewy guitar solo underscores that bluesy feeling. Ultimately, “Drop In from the Top” sounds like the backing track of a song that should have lyrics.

Roger Waters’ preoccupation with Syd Barrett provided creative fodder for (at least) The Dark Side of the Moon, Wish You Were Here and The Wall. Wright isn’t generally thought of as a composer who wrote about Pink Floyd’s tragically lost founder. But the lyrics to “Pink’s Song” seem directed squarely at Barrett: “Caught between the tangled web / You helped set us free / Sadly, then, you lost yourself / So you had to leave.” The song is largely built around Wright’s voice and piano, with Collins lending support on flute. 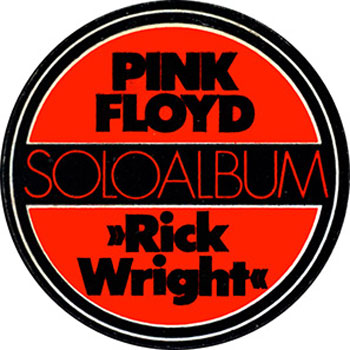 Wet Dream closes with another slightly uncharacteristic number, the funky instrumental “Funky Deux.” The tune sounds like the sort of thing that Pink Floyd composed for 1973’s Obscured by Clouds, with more saxophone. Melodically it’s a simple jam, but one that gives space for Wright to loosen up a bit while Collins tears out an extended solo or three. As the song winds toward its conclusion, White adds some searing multiple-overdub guitar fills. The song fades away over the course of nearly a full minute.

Released in September 1978, Wet Dream didn’t chart. And oddly – especially in light of the recent Nick Mason box set – the album has never received a proper reissue in the CD era. Some overseas reissues did happen, but even if one lays hands on one of those, expect to pay upwards of $35. Though it’s been out of print for most of the 40 years since its release, used copies of Wet Dream are fairly easy to find in the album’s original vinyl LP configuration.

Richard Wright would go on to release a second, even less-noticed solo album; a concept set centering on depression, Broken China was released with little fanfare in 1996. Meanwhile, he would join – tentatively at first, later with full membership – the revived, David Gilmour-led Pink Floyd, touring with the band in support of A Momentary Lapse of Reason and The Division Bell. Wright also toured as a member of David Gilmour’s solo band. The keyboardist died of cancer in 2008. Pink Floyd’s final release, 2014’s The Endless River was assembled from outtakes recorded during the sessions for The Division Bell; the largely ambient record is dedicated to Wright’s memory.