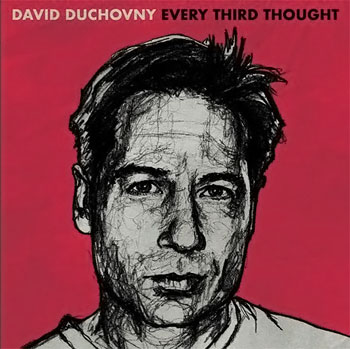 David Duchovny – Every Third Thought
A confession, right up front: when this album landed on my desk, my first thought was, “Uh-oh. Another vanity project from an actor who maybe played some guitar back in college.” A bit of belated investigation demonstrated that my attitude was wholly unfair. Duchovny is something of a Renaissance Man, having done much more than acting (he’s authored novels, directed and so forth).

Of course none of those things in and of themselves mean that Every Third Thought (his second album) is any good. Alas, it is, and even more. Enlisting the aid of many of the same personnel used on his 2015 debut Hell or Highwater, Duchovny has crafted an album (a double LP in its vinyl configuration, which is what I have on hand) that’s successful on many levels.

There’s a kind of heartland American (but not Americana) vibe to the songs on this record, with squalling, alterna-rock guitar at the center. And Duchovny’s voice is effective in a rock context. The opening track, “Half Life” is as good as anything from acts like Goo Goo Dolls, Soul Asylum or even Gin Blossoms; in fact all three of those acts are handy touchstones to give the uninitiated a sens of what Every Third Thought sounds like.

Duchovny and his musical associates (producer-musicians Colin Lee, Mitch Stewart and Pat McCusker, all members of Boston-based band Weather) collectively have a good knack for melody and arrangement; the songs breeze by if you let them, but they stand up to closer inspection as well. The record is of a piece with its predecessor; sequence the two records one after the other and you won’t even notice the transition.

Perhaps Duchovny’s musical career is a sideline, a temporary diversion or respite from his primary endeavors. But you’d never know it from the care and effort that has clearly gone into making this fine record. 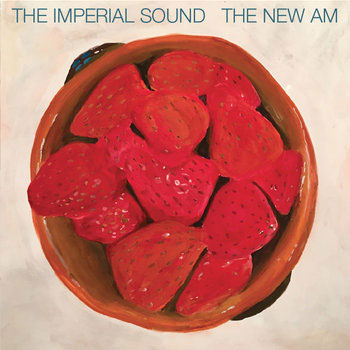 The Imperial Sound – The New AM
A soul/r&b/pop band with a jazz ensemble configuration (guitar/bass/keys/drums/sax/trumpet), Chicago-based group the Imperial Sound has the chops to do pretty much any damn thing it wants. And what it chooses to do on its debut (released on vinyl) is make pop music that swings, evoking the vibe of – as the title telegraphs – AM radio of the early ‘70s.

The band’s strategy is a solid one. Providing ace backup (think of Memphian Scott Bomar’s Bo-Keys, or for that matter any top-level middle America ensemble), the group cedes the lead vocal spot for half of its tunes to a rotating cast, not unlike Scott Bradlee’s Postmodern Jukebox. The thinking (and admittedly I’m guessing here) is to pick the singer whose talents best suit the material. But lead guitarist Rich Mosher is a capable and expressive vocalist himself, and he takes the lead spot on the remaining songs.

The Imperial Sound’s instrumental balance is just about perfect: the lead guitar lines sting when they’re supposed to, and the horns – prominent and soulful but never overstated – add signature feel to every tune. If you can imagine modern yet timeless pop music informed equally by, say, Andrew Gold, Wilson Pickett and Dusty Springfield, you might have a sense of what The New AM sounds like. But here’s a better idea: get the album and enjoy it for yourself. Highly recommended. 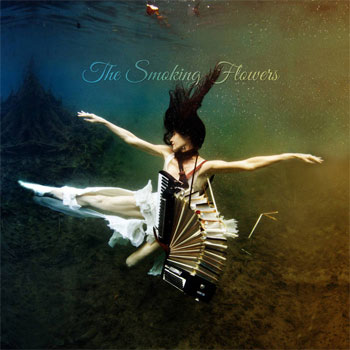 The Smoking Flowers – Let’s Die Together
With an album title like that, you might be expecting a goth-tinged album. And the evocative cover photo may conjure thought of Judy Tenuta (hey, am I the only one who remembers her?). But both of those would be pretty off base. This Nashville-based duo – Kim and Scott Collins – is more in the tradition of Brill Building pop filtered through a melodramatic, theatrical sensibility that recalls both Jim Steinman (a la Meat Loaf) and Bruce Springsteen.

Well, at least on the opening track, “Young & Brave,” they do. The vibe quickly shifts gear. “Rip it Off” is blooze of the sort that crosses Janis Joplin and Aerosmith; whether that’s a good thing or not is a decision left to you, gentle reader. The duo does earn points for the song, though: with a lyric like “steal the beat like Led Zeppelin,” the song is itself a self-conscious pastiche of endless rock tropes.

For me, the title alone of “Here 4 U Now” loses any good will that last tune might have earned; the letters-and-numbers-as-words thing was played out when Prince did it. The song itself has loads of synthesizers and a buzzing/droning guitar that places it in a kind of ‘90s aesthetic.

The album continues to serve up one stylistic left turn after another. “Woodland Avenue” has a bit of Americana-meets-spaghetti western. “Outlive Me” is soaring alternative heartland rock. This is an album that – it seems to me – can’t quite decide what it wants to be. But one can’t easily write off Let’s Die Together, because thought it suffers from a bit of an identity crisis (you might call that eclecticism; potato, potahto), the Collinses are pretty darn effective at whatever style they set their minds to.

Bonus points for including a lyric sheet and a color poster in the LP sleeve.