A Look Back at Bob Dylan’s “Blood on the Tracks” 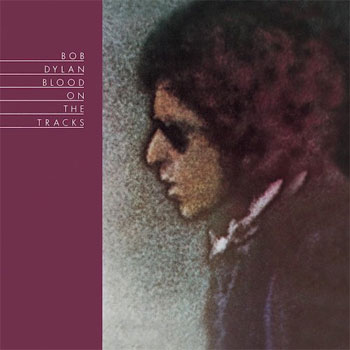 By the time of 1975’s Blood on the Tracks, Bob Dylan had moved through a succession of distinct musical personae. Beginning his career as a Woody Guthrie acolyte, Dylan soon established his own voice, singing and writing original folk protest songs. After famously “going electric,” Dylan bent the rock aesthetic toward his own musical ends, and soon crafted the sublime double-LP Blonde on Blonde (1966).

From there, Dylan shifted radically toward a back-to-the-roots vibe with 1967’s John Wesley Harding and Nashville Skyline in 1969. His commercial and critical fortunes took a hit as the quality of his work seemed to flag somewhat with a succession of albums in the early 1970s. But in 1975 he roared back with his fifteenth album of new material, one which would come to be recognized among his finest: Blood on the Tracks.

Whereas during Dylan’s folk-protest period he wrote lyrics that commented (if obliquely) upon social concerns, the collection of songs that make up Blood on the Tracks are decidedly inward-looking and personal. While his writing continues to be filled with metaphors and obscure turns of phrase, with these songs Dylan is often chronicling the disintegration of his marriage (he and Sara Lownds Dylan would divorce in 1977).