Today I take a quick look at ten archival releases of note. 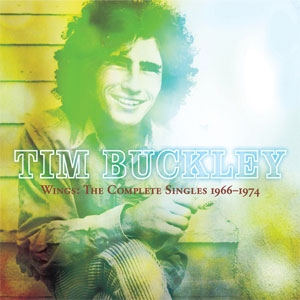 Tim Buckley — Wings: The Complete Singles 1966-1974
The music of Tim Buckley (yeah, late father of the late Jeff Buckley) has earned a reputation as difficult. And while I’m not here to flatly counter that impression, I must say that this collection of the man’s singles – few of which charted – are surprisingly accessible. He’s not Scott Walker, for goodness sake. While Buckley was somewhat mercurial, and had little use for covering the same musical ground twice, taken as a whole, the 21 tracks on this collection provide a kind of alternate view of the artist. Idiosyncratic to be sure, but well worth the effort to explore. Since there’s no such thing as a Tim Buckley “greatest hits,” I will recommend in the highest terms that newcomers to the man’s body of work begin right here with this set, lovingly compiled by Omnivore Recordings.

The Monos — Live ’78
When one thinks of the UK powerpop scene of the late 1970s, names like Nick Lowe and Wreckless Eric come to mind. Kool Kat Musik would have us believe that The Monos were part of that firmament as well. Me, never heard of ’em. That’s because their stuff never got stateside release. A shame, that. But this live set captures the group in all its stomping glory. And while the fidelity is dodgy and the recording is kinda sonically flat, the energy comes through and make a strong case that the Monos deserve mention alongside Squeeze, the Records and other catchy British rockers of the era.

Steve Somerset’s Shadow Kabinet — Nostalgia for the Future
If the Church were more retro-minded, or if Robyn Hitchcock were half as quirky, they might sound a bit like Steve somerset’s Shadow Kabinet. With a midtempo sound that suggests a sort of 90s Britpop rethink of the Dukes of Stratosphear, Somerset crafts catchy tunes for the ages. His veddy British, mannered vocals suit these tunes perfectly. The production aesthetic is closer to Cleaners from Venus than major-label acts, but that never detracts from the songs. Well done!

Slim Gaillard – Searching for You
Acclaimed musical archivist Zev Feldman customarily sets his sights on unearthing lost and/or unheard jazz recordings. But his widened scope is most welcome here as he shines a light on fifteen wonderful tunes from the pre-rock ‘n’ roll era by Slim Gaillard. If you appreciate Jackie Brenston’s Rocket 88s, Louis Jordan and/or the Treniers, run – do not walk – to the nearest means by which you can purchase this set. The title of the opening track (“Baked Beans and a Bottle of Beer”) gives you all the hints you need as to the kind of music you’ll find within.

Various Artists – The Fish That Saved Pittsburgh OST
I have only the slightest recollection of the 1979 movie from which this soundtrack is drawn. Philly soul legend Thom Bell wrote the music for the disc, a slick disco collection with lots of sawing string section, Shaft-y wah-wah guitar and so forth. Lots of guests stop by to help and/or take the lead vocal duties, including The Tonight Show’s Doc Severinsen, the Sylvers, the Spinners and the Four Tops. Very much of its time, this collection is well done and recommended for fans of disco/r&b’s more sophisticated productions.

The Buzzcocks – Spiral Scratch / Time’s Up
As prickly as was the pop The Buzzcocks made in their major-label era, the original band – with Howard Devoto before he decamped for Magazine – is even more crackling, bare-wire punk. With a vocals halfway between Wreckless Eric and John Lydon paired with an unrelenting, speedy instrumental attack, the group’s debt EP and subsequent LP (the latter with re-recorded version of some of Spiral Scratch’s tunes) are essential pieces of the UK punk scene. Forty years on, these early Buzzcocks efforts sound more confrontational and jagged than Never Mind the Bollocks, and that’s saying something.

The Muffs – Happy Birthday to Me
One of the 1990s’ most brattily-named groups, in recent years the Muffs have received the well-deserved honor of seeing their catalog reissued (with the obligatory bonus tracks) by Omnivore Recordings. 1997’s Happy Birthday to Me is sure to please those who dug Green Day back in he day; Kim Shattuck rocks harder than Billy Joe and his pals, and has an even better way around a sharp pop melody, scream-fashion.

The Rascals — The Compete Singles A’s & B’s
The last decade or so has been good to the legacy of the Rascals. A series of reissues on the now-shuttered Collectors Choice label brought together the group’s stereo and mono versions (they were quite different), and exposed a new generation to the untold pleasures of this criminally underrated group. N doubt those reissues helped spur the unlikely (and all-too-brief) reunion of the group. (Alas, having polished their reputation, they have all since gone their separate ways.) This 2CD collection brings together al lthe succint single mixes of their tunes, and it’s a testament to just how damn fine a group the Rascals were that the b-sides are often as solid as the plug-side songs. Significantly, disc two includes the nine tunes released as singles from the late-period Rascals, then on Columbia. Those tracks – you’ve probably heard none of ’em – are better than you’d guess, and are ripe for discovery.

Southside Johnny and the Asbury Jukes — The Fever: The Remastered Epic Recordings
Southside Johnny has always existed in the shadow of that Bruce guy, and that’s been a mixed blessing. One one hand, his Springsteen association likely helped shift more units, it made comparisons inevitable. And it’s fair to say that if you like the E Street Band, you’ll dig this (and if not, you won’t). This 2CD collection repackages the band’s first three studio efforts and its first live album. The group’s best song – a reading of Bruce Springsteen’s “The Fever,” perhaps the best song he ever wrote – is here in both its studio and live versions. That lone makes the set worth having. Johnny’s albums featured some wonderful guests, too: Lee Dorsey, Ronnie Spector, the Coasters, the Five Satins and the Drifters. Can’t beat that.

Artful Dodger – The Complete Columbia Recordings
There must have been something in the water; those midwestern powerpop groups of the 1970s made some enduring music. While Artful Dodger wasn’t near as successful as Cheap Trick, Raspberries – their success wasn’t even on the level of Blue Ash – much of their music has worn well. “Wayside” is the tune most will know; it was a highlight of Rhino’s Come Out and Play: American Power Pop I (1975-78) – but there are plenty of other gems to be found in this 2CD collection that presents the group’s three major-label releases.