Reed Turchi: Back to the Roots

It was only last February that Reed Turchi was making a trip back to his boyhood home of Swannanoa for an album release party for Speaking in Shadows by his group The Caterwauls. Turchi was excited: new album, new band, new tour. Less than a year later, all of those things are well behind him. A series of major life changes for Turchi has resulted in the stark, stripped-down sound of his latest album, Tallahatchie. There’s one – and possibly only one – thing thing that he hasn’t changed: Turchi returned to Swannanoa to celebrate his latest album with a show January 6 at the Root Bar.

Last spring, The Caterwauls embarked on an extensive tour across the U.S. in support of Speaking in Shadows. “I had assembled a band that I was very pleased with,” Turchi says. And although the shows were well-received, the band unraveled. “Not because of anyone’s particularly horrible actions,” Turchi explains. “but the usual life pressures pulled everyone apart.” 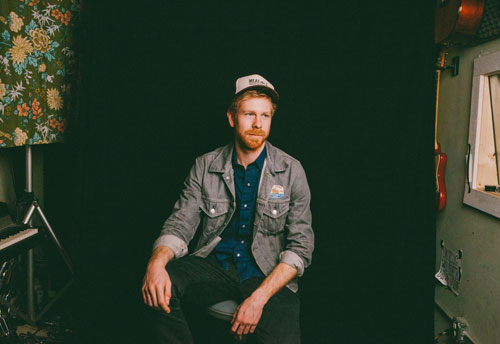 Back home in Memphis, Turchi left his job at Ardent Records just ahead of a wave of layoffs. And then there was the presidential election, “a sort of wake-up moment for everyone,” Turchi says.

Taken together, all of those circumstances would be enough to take the wind out of a creative artist’s sails. Instead, Turchi headed back to his roots, recording Tallahatchie, a solo record in the truest sense of the word. “The only sort of natural and right thing to do musically – personally, too – was to get back to the most basic, square-one kind of music,” Turchi says. “Hill Country music is what first got me obsessed with guitar. I sort of drifted away from that with different groups, but those songs are exactly why I picked up guitar in the first place.”

The specific inspiration for Tallahatchie can be said to have come from Turchi’s ailing grandmother. While on tour, he and his band had visited her in a Baltimore critical care facility. “One thing she really wanted to do was sing songs together,” Turchi recalls. “She wasn’t much of a singer; she just liked the idea of tunes.” Singing a few of the songs from The Caterwauls’ live set, Turchi realized right then that they really didn’t work in stripped-down, a cappella versions. That was an “Aha!” moment for the guitarist.

The 11 songs on Tallahatchie are all country blues tunes written many decades ago, but they resonate with the songwriter-guitarist. “None of them are my songs,” Turchi admits. “But they all have personal meaning to me.” The twists and turns of 2016 sent Turchi into an introspective mindset. “So rather than trying to create something sort of complex and layered and full of pieces outside of myself, I wanted to try to make something that was speaking – as truly as possible – from me and my guitar.”

Tallahatchie certainly has that inward-looking contemplative mood about it. The record has a “Robert Johnson in a boarding house with a guitar, a mic and a recording machine” ambiance. Turchi describes it as a “companion record; it’s very much a conversation.” He says that the songs he chose “have kind of been sitting there in my head – or my hands – the whole time,” so he didn’t have to re-learn them.

Turchi set an important ground rule for himself when making Tallahatchie. “I didn’t want to do anything that I couldn’t do live,” he says. So he set up a field recording microphone and another mic in his bedroom. “Then I sat there and recorded everything in about two days.” He didn’t do any post-recording editing; he didn’t overdub or correct any of the tracks. The vocals were recorded live while he played.

Turchi says that the collapse of his band and the other events of this past year feel as if they “left a hole. And I felt like I wanted to go back and fill that hole in.” And even though all of Tallahatchie’s songs are covers, Turchi says that all of the songs “have a little bit of my whatever in them. They’ve sat with me long enough that I’ve been able to marinate them in something that’s not just imitation.”

The Root Bar show in Turchi’s hometown was the start of a solo tour that will take him across the country to “all the main U.S. markets,” he says. While he enjoys the power and volume of a full band, these solo shows hold a special appeal for him, too. “It’s really refreshing to perform that way,” Turchi says, “but also to just have a sort of conversation with the people who are there. I like to talk to people between songs, just feel the rhythm and have a good time.”