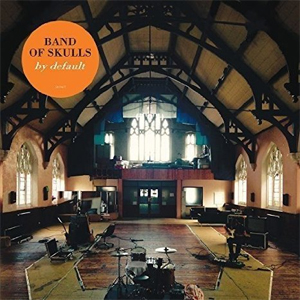 Rock substyles come and go, but there’s always a place for catchy riff-centric rock of the kind made by this Southampton, England trio. They start from a position of building a song around a signature riff, and put solid emphasis on crafting a memorable tune to hold it. There’s an upbeat party vibe to some of the tunes on By Default that recalls British glam of the 1970s like Slade or Sweet. The backing vocals of bassist Emma Richardson gives a more rounded-out feel to the harmonies, and the band’s assured, powerful playing is true to the arena-rocking aesthetic of their forbears. Band of Skulls is far more popular in their native UK – their 2009 debut went all but unnoticed in the states – but the momentum provided by their past few albums could break this, their fifth album, in the USA.