Daniel Martin Moore and the Art of Poise 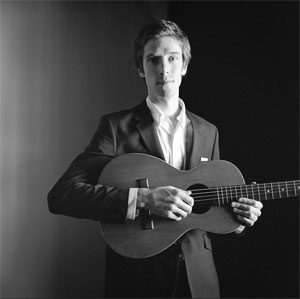 For his first few solo albums, Kentucky singer-songwriter Daniel Martin Moore crafted an intimate and often spare soundscape; listeners could feel as if they were in the room with him. But thanks to his recent embracing of key pieces of studio technology, Moore’s latest album, Golden Age, is fuller and more expansive.

“We did make a conscious choice to make Golden Age feel cohesive as a body of recordings,” says Moore of the October release, which was produced by My Morning Jacket frontman Jim James. “And part of it was leaning more on the piano than on previous records.” Many of the album’s 10 songs were composed on piano; that’s another departure from Moore’s previous methods. He says that “there were certain elements — like the organ sound that’s on almost every track on the record — that worked as a kind of glue that held the whole thing together.”

A piece of vintage studio equipment also helped give Golden Age its unified, signature sound. “We used an old and very beautiful EMT plate reverb that you can hear on every track,” he says, describing it as an effect “that Connie Francis used so well, that the 1950s used so well.” With enough plate reverb, he says, “everything feels like it’s happening in a dream.”

Moore has released six albums since Stray Age, his 2008 debut on Sub Pop Records. Two of those have been collaborations with other artists (Ben Sollee on 2010’s Dear Companion, and Farthest Field with Joan Shelley in 2012). “There’s something wonderful in that music is meant to be shared, to be experienced as a group,” says Moore. “That collaboration is definitely important, and it makes the music more vital.” 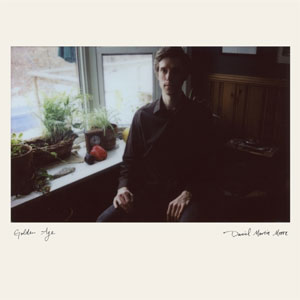 For Moore’s current tour, he’ll be performing solo. “I will have a keyboard and guitar with me, so there will be a mix of those instruments,” says the singer-songwriter, whose best work echoes the beauty and poignance of early Paul Simon, Nick Drake and Pearls Before Swine. “But [the songs] certainly change when I haven’t got that incredible rhythm section that’s on the record.” Listeners can expect a sound somewhere between the austerity of Moore’s early solo discs and the warmer, wide-open Golden Age.

From a songwriting perspective, Moore considers music and lyrics inextricably entwined. “It’s hard for me to imagine one without the other,” he says. “I don’t write a lot of poetry; I don’t end up with a lot of lyrics that wouldn’t also at some point become conjoined with music. I don’t see music and lyrics as different things. I know that they are, but to me they’re not separate processes.”

The care that went into the making of Golden Age extended even to the order of the songs on the album. “I think that most people who make records are, first and foremost, huge fans of music and records,” Moore observes. “There’s nothing better than an album that has a wonderful sequence that takes you on a journey.”

Moore likens solo projects to the manner in which painters and photographers create their art. “When you’re working completely alone, I think there are good things about taking a project from the very beginning all the way through to the end, just as a solo creative force. So I think a lot of really cool, beautiful art is made that way, too.”