Today’s five hundred-word reviews are all in the jazz category. All new music, too. 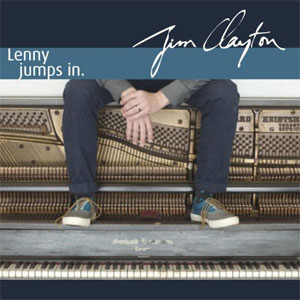 Jim Clayton – Lenny Jumps In
Soulful, piano-led jazz pop is the purview of Jim Clayton and his band. Nice tunes and clean, spare arrangements are all over this disc’s eleven tracks. Mostly originals, but the standard “Cheek to Cheek” you’ll recognize and enjoy. Tasty guitar, too. Not to take anything away from the tunes, but this music would work quite nicely as a medium-volume backdrop to a cocktail party. That said, there’s a breathability, a sense of fun pervading the tracks that suggests it would be even more fun to check out this outfit live onstage. Also check out his delightful Songs My Daughter Knows. 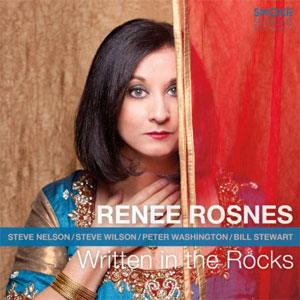 Renee Rosnes – Written in the Rocks
One generally doesn’t think of jazz and concept albums at the same time. But that’s what we have here: seven of the nine tracks on Written in the Rocks make up what pianist Renee Rosnes calls The Galapagos Suite. There’s also an underlying sense of some kind of recent self-discovery, possibly owing to the fact that Rosnes recently learned that she has Indian heritage. But listeners are free, of course, to ignore all of that backdrop and conceptual continuity, instead enjoying the music for what it is. Adventurous yet rooted in accessibility, Written in the Rocks is engaging and fascinating. 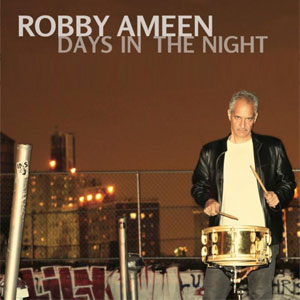 Robby Ameen – Days in the Night
Band leader Robby Ameen is a drummer, but there’s lots more than percussion going on here. Recorded in Hoboken NJ, there’s a strong Latin undercurrent to the arrangements. You’ll hear it in Ameen’s originals as well in his band’s readings of classics. Among the latter are Sonny Rollins‘ “Oleo” and Cole Porter‘s “Begin the Beguine.” This music swings, and the production aesthetic gives the listener everything except (thank goodness) the smell of cigarette smoke and the sound of clinking glasses and a murmuring crowd. Singling out one player is unfair to the others here, but pianist Manuel Valera is astounding. 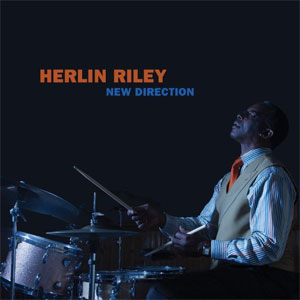 Herlin Riley – New Direction
The liner notes suggest a connection to New Orleans and its proud second line jazz tradition, but the music on New Direction feels more to this listener like a modern take on jazz of the 1950s and 60s. Solid beats, melodic playing from the trumpet, and buttery guitar lines in a vaguely Wes Montgomery style all come together to create something most appealing. Little flourishes here and there hearken back to the hot jazz of the early 20th century – think Louis Armstrong – but then they’re gone, supplanted by a more contemporary feel. There’s a strong groove throughout; enjoy. 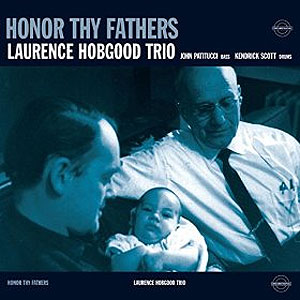 Laurence Hobgood Trio – Honor Thy Fathers
Longtime musical director for vocalist Kurt Elling, pianist Laurence Hobgood takes the spotlight on this new collection, a knowing and assured synthesis of classically-themed piano, jazz, and pop songcraft. Musically Honor Thy Fathers is all over the place, and that’s meant in the best possible way. There’s a funky vibe to [track 2] thanks in part to bassist John Patitucci and drummer Kendrick Scott, but also thanks to Hobgood’s lyrical and expressive work on the piano. He’s more Vince Guaraldi than Bill Evans, but his musical landscape is perhaps wider than either of those artists. Quiet moments outnumber uptempo ones.