So much music, so little time. I’m still a relative novitiate when it comes to jazz, but I know what I like. And I like these. All new/contemporary artists, these five albums represent a wide swath across what’s happening in jazz today, though each has a sonic foundation in earlier styles (most notably but not exclusively, bop). Here’s a quick look at each of them. 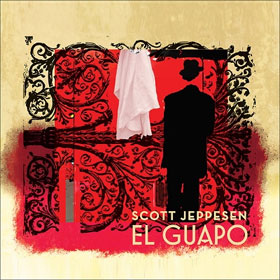 Scott Jeppesen – El Guapo
The title and cover art telegraph a Spanish flavor to the proceedings, but once you get to the CD, what you find instead is accessible, straightforward jazz. Jeppesen plays various saxophones and bass clarinet, and is backed by a quartet (guitar, keys, bass, drums), plus trumpet and flugelhorn on two tracks. The Spanish flavor does indeed crop up, but not on the title track; instead it’s on the mellow acoustic guitar and alto sax outing “Elm.” Occasionally veering perilously close to lite jazz (if not Kenny G-styled fuzak), it’s redeemed by cuts like the adventurous “Great Odin’s Raven.” 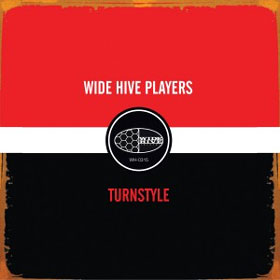 Wide Hive Players – Turnstyle
Effectively the “house band” For the Wide Hive label run by Greg Howe (who also writes, engineers and plays B3), on this disc the band also includes ace guitarist Calvin Keys. While the WHP often engages in soul-jazz, they’re adept at styles beyond that: the well-named “All the Wrong Notes” has shades of a small-band take on Frank Zappa‘s “Music for Guitar and Low Budget Orchestra.” In some ways, Turnstyle sounds like a sampler of the group’s range, a sort of “hey, hotshot players: we can back you on whatever kind of music you wanna make.” 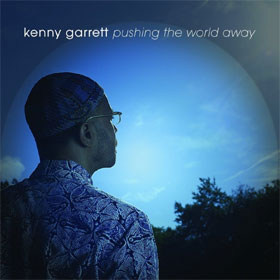 Kenny Garrett – Pushing the World Away
Traditionalists of the sort who enjoy bop and post-bop will want to know about the latest from the alt/soprano sax player. Full of nods to influences (Chick Corea, Sonny Rollins and others), the album still manages to sound contemporary. Dissonant piano, abstract melodic lines, odd, murky time signatures and atmospheric blowing are all hallmarks of this release. Taking a page from the bop greats of years past, Garrett uses a standard (Burt Bacharach‘s “I Say a Little Prayer”) as a musical launching pad. He plays it straighter than some of his forebears might have, but it remains a highlight. 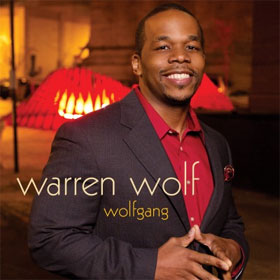 Warren Wolf – Wolfgang
Wolf’s mellifluous, buttery vibraphone is the centerpiece of this nine-track album, containing six originals and three interpretations. While Wolf’s compositions are sturdy and enjoyable, he really seems to shine when freed from the responsibility of writing the tune: his work on the bluesy “Frankie and Johnny” is a standout on an already consistent engaging album. Still, his breakneck-paced mallet work (plus backing by ace players) on “Grand Central” evokes the hectic, nonstop pace of its transit hub namesake. From the meditative title track to the yearning, cello-centric “Annoyance,” this is a varied and lovely collection of songs. 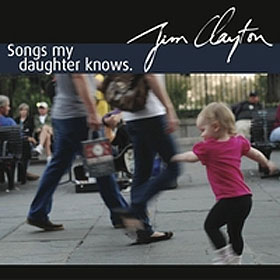 Jim Clayton – Songs My Daughter Knows
What a delightful album concept: collect ten songs that your toddler recognizes – from hearing them on the stereo, in the car, or on television – and build your own versions of those tunes. That’s what Clayton has done here, and the results are a delight. Hewing close enough to the core melodies so that his daughter will recognize the tunes, Clayton (on piano) leads a relatively minimal backing group through the songs. You’ll find standards (“Autumn Leaves”) and TV themes (“The West Wing”) alongside songs that will be mostly familiar to kids and their youngish parents (“The Rainbow Connection”).