This week of capsule reviews spotlighting new music wraps up today with five releases that all came to me on vinyl. I love vinyl. Did I mention that I really enjoy listening to music on vinyl? Well, I do. 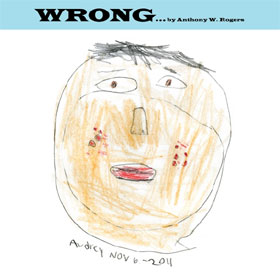 Anthony W. Rogers – Wrong…
When this record arrived in my mailbox, I thought to myself, “I know that name…”. Then it came to me. Through the 1990s and beyond, a network of hardcore fans collected and traded live recordings of Todd Rundgren and related artists. And Anthony Rogers was one of the scene’s leading lights. But on this new solo album, Rogers stakes out musical territory that supposedly draws on SMiLE-era Brian Wilson. The tunes on Wrong… have a distinct DIY/lo-fi ambience, occasionally recalling Wilson, sometimes Rundgren. But Rogers’ music nearly always reminds me of that most idiosyncratic of pop artists, R. Stevie Moore. 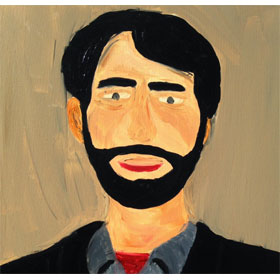 Harpoon Forever – American Flag EP
This four-song EP sounds as if it were recorded in somebody’s garage, on cheap equipment. But that lo-fi approached worked for Guided by Voices; it works here, too. Shifting time signatures applied to sturdy, vaguely folk-rocking songs might confuse some listeners, but the catchiness of the melodies and the fetching everyman vocals of guitarist/songwriter Alex Goldstein shine right through. A gauzy approach vaguely recalls Third/Sister Lovers era Big Star, filtered through the sensibility of someone whom (I’m guessing) digs prog as much as he likes Pavement. On this disc, Harpoon Forever is a duo; these days they’re a full band. 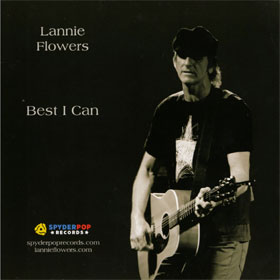 Lannie Flowers – “Best I Can” b/w “Back of a Car”
Lannie Flowers really has it going. He writes, play and sing fantastic, infectious pop tunes. And he’s quite consistent at it. Better still, he’s quite prolific these days. Just last year he released an excellent live set, Live in NYC. That collection presented Flowers and band in front of an audience that was as enthusiastic as it was small. This single’s b-side, a lovely Big Star cover, is taken from that set. But the a-side is another in Flower’s growing catalog of winning rocking pop tunes. To his tried-and-true mix he adds some simple but dramatic keyboard work. Another winner. 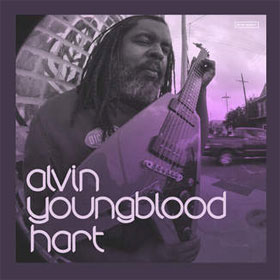 Alvin Youngblood Hart – “Helluva Way (For a Man to Make a Livin’)” b/w “Watchin’ Brian Jones”
An object lesson in the “never judge a book by its cover” category, this single features the customarily acoustic guitar playing Hart (of the South Memphis String Band) rocking out in a big way. If his greying beard and Gibson Flying V don’t provide enough cognitive dissonance, a listen to this blistering 45rpm single should do the trick. Taking his “Helluva Way” at breakneck speed, it’s garage punk at its finest. The flip is a low-and-slow bluesy romp full of sly, clever lyrics. Less than seven minutes with Hart will convince you he could succeed in damn near any genre. 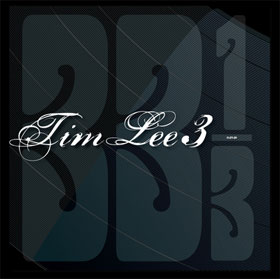 TimLee3 – 33 1/3
Tim Lee was a key member of 80s alternarock underground darlings The Windbreakers. These days he shares the spotlight with his missus (Susan Bauer Lee) and drummer Chris Bratta. Lee’s old group’s twangy take on powerpop is built upon in his trio: Susan takes many lead vocals, giving the band an original sound reminiscent of Jason & the Scorchers crossed with X, but decidedly upping the hooks-and-melody quotient to Plimsouls level. The chiming “Photo Booth” is guaranteed ear candy; the sweeping, dusty grandeur of “Our Lady of the Highway” is breathtaking. “Daddy’s Girl” is a delightful c&w romp. Highly recommended.