Bill Kopp: You first rose to fame as a cast member on Where the Action Is. Can you tell me how you got that gig?

Keith Allison: At the time, I was playing with The Crickets, as their guitarist. But when in town, I did all the Boyce and Hart demos at Screen Gems. Sometimes they’d go in at ten in the morning, and they’d cut Joe Osborne on guitars, and various people on drums. And they switched around: sometimes James Burton and myself on guitars. They’d get whoever they could, for whatever the song needed. And Bobby Hart would often play keyboards.

Back then, we’d make ten dollars a song. Three songs was thirty bucks. But thirty was the difference between finishing paying your rent and buying some groceries. So they owed me, like, forty dollars, as I had done four songs the week before. This was April or May of 1965. And I needed to pay my damn rent, or I was gonna get evicted. So I went to Screen Gems, and told Lester Sill – the director of Screen Gems on the west coast – that I needed him to cut me a check. And he said, “ I can’t sign a check unless Boyce or Hart sign a voucher, approving it.” And I asked, “Well, where are they?” “Some television taping. A new show. They’re down at the Whisky-a-Go-Go.” He said, “Take this, go get it signed, bring it back, and I’ll cut you a check.” 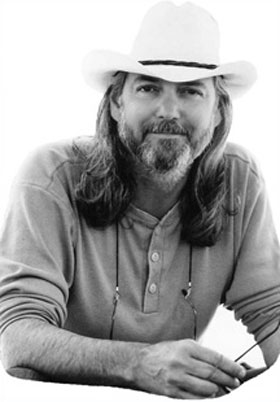 So I went down to the Whisky and I saw all these film trucks. I walk in, and I look up. I see Dick Clark. The first time I’ve seen him in person. Dancers and such, too. I saw The Raiders on the staircase, and I said, “Hey, guys!” I already knew them. I had done a show with them in Honolulu, and I had run into them a time or two. I had known them for about a year. Not well, but kind of hi-how-are-you-guys.

Tommy Roe was about to sing “Everybody” onstage. And a stage manager said, “We need butts in seats!” So I sat down. One of the dancers, Joy [Ciro], saw me; I was wearing Levi’s and a Levi’s jacket, a yellow turtleneck, and I had a black leather cap on. And boots. A very sixties British-looking outfit. So Joy knew when the cameras would be on her. I was just clapping along and smiling. The camera did several shots of me, about four or five seconds each.

So after that I went off to Las Vegas with The Crickets, to Texas, playing at the Thunderbird Hotel for a month. Two or three shows a night. And I got this telegram from Dick Clark Productions. They needed me to come in on my day off; they had a prepaid ticket for me at the airport. They gave me the address to meet with the Executive Producer. I thought, “What the heck is this about?”

What had happened was, they got bags of fan mail after that show aired, with this kid with one of the dancers. “Who is that?” And they pulled in everybody they could, asking them who it was. Finally they pulled in the girls from the front office: receptionists, young girls. And one of them said, “Ah! That’s Keith Allison. He plays with The Crickets. They’re supposed to be in Las Vegas right now.” So that’s how they found me.

So I flew in on my day off, and went over to Rosalind Ross‘ house; she lived right behind the Dick Clark offices on Sunset Boulevard. I knocked on her door. She opened it, looked at me and said, “Oh my god! Can you start today? And you play guitar?” I said yes. “Can you dance?” I said, “A little.” She said, “Come on in! We have a guitar here. Would you play something?” So I played “Maybe Baby” and “Not Fade Away,” some Crickets songs. 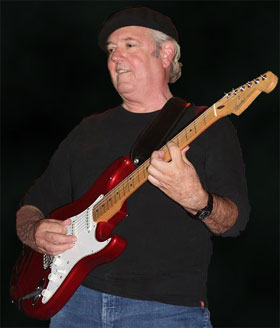 She said, “Do you mind if we cut your hair?” I said, “What!?” My hair was kinda long and unruly; it wasn’t a proper haircut. They had a hairdresser already there, so they trimmed my hair. Then she said, “We need you at Will Rogers State Beach at seven o’clock tomorrow morning.” I said, “I have to fly back to Vegas tomorrow!” “We know what time your plane is; you’ll be out by noon.” So I started Where the Action Is that morning.

KA: It’s like Lana Turner at Schwab’s Drugstore. So I showed up that day wearing the same outfit: the yellow turtleneck and all. They’d show The Raiders playing, and then they’d cut to me, running down the beach with about 50 to 75 girls screaming and chasing me. They did those teaser shots for weeks, so people would say, “Who is that?” They’d build this thing up; that’s how they presented me.

KA: Then finally one day they’d say, “Well, you’ve been seeing this guy, and now he’s joining our Where the Action Is family. Ladies and gentlemen, it’s Keith Allison!” and I said, “Thank you, Dick.” The first song I sang on camera was “When Will I Be Loved” by the Everly Brothers.

But after that first episode, I flew back to Vegas to The Crickets. And my cousin Jerry Allison asked me, “So what happened?” Because he already knew about Rosalind Ross. He knew her from back in the Buddy Holly days when she was an agent with Premier Talent in New York.

“They asked me to join this television show,” I told him. He said, “Really!” So I went back to Los Angeles, and was working on Where the Action Is full time. And then [DCP] didn’t want me playing with The Crickets any more. I kinda felt bad about that. Because I liked playing with them, and my leaving left them hung up, briefly.

BK: I almost didn’t ask you that question. And I am so glad that I did.

Keith Allison’s In Action: The Complete Columbia Side Plus! is available on Real Gone Music. 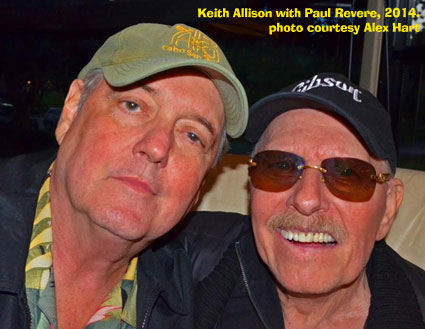