Bill Kopp: A guy I vaguely know put together some unauthorized DVDs of It’s Happening episodes. He sent me copies and I reviewed them. The next day he got a cease-and-desist order from Dick Clark Productions!

Keith Allison: I just talked to the archivist over there [at DCP]. They contacted me; they’re talking about putting together a bunch of Where the Action Is stuff, and putting it out on DVD.

BK: They are finally thinking of doing that?

KA: Well, they contacted me a couple of years ago, and they came back and said it would cost so much money. But [this time] they said, “What if we didn’t use any of the stuff from the record company, but used the stuff that you guys recorded [at Armand Steiner‘s Sound Recorders]. Who owns that stuff?” I said, “Dick Clark Productions!” We were work-for-hire, and it was cut at Steiner’s or wherever. So all they’d need to do is get song clearances from the publishers.

BK: and that’s the stuff that all us hardcore fans really want! Because those tracks are the whole band – including Revere – playing live in the studio.

KA: Yeah. It’s The Raiders, and me. On guitar and/or piano. And Steve Alaimo and Linda Scott, the whole cast doing the “family numbers,” y’know.

Someone sent me a bunch of DVDs of kinescopes of Where the Action Is. And I was surprised that Steve and I did so many duets. We did medleys of Little Richard songs, and medleys of something else. One of the greatest cuts of all was all of us doing [the doowop arrangement of] “Blue Moon.” [sings the bom-ditty-bom part] We each took part of that part and drew it out; it was the funniest thing you ever heard.

When I joined the show, The Raiders – before they got so busy – would cut fourteen, sixteen songs in an afternoon. And there were no overdubs; it was two-track.

BK: that material is the Holy Grail for Raiders fans…

KA: Do you know that I had the tapes for all those tracks? In a storage place. And I lost it all. Every one of the damn quarter-inch playback tapes. I had every one of ’em. It was a big box full of ’em.

KA: The place was robbed, or flooded, or something. All my memorabilia. Amplifiers. Multi-track masters of Ringo and me at Tittenhurst. All kinds of stuff. But the biggest loss was every one of those tracks we cut for Where the Action Is. Evidently, whoever got all that stuff kept the stuff that looked like it was worth money: armoires and stuff. They probably looked at the box of tapes and thought, “Throw this shit out.” They probably had no idea what they had. 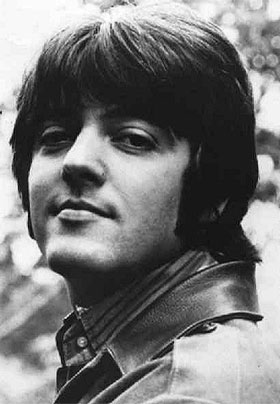 BK: One of your original tunes – in fact, the only original on the first release of In Action album – “Freeborn Man” went on to become something of a standard. I don’t know how many versions of it have been recorded…

KA: I don’t either. I’ll tell you, one time – I don’t know what year this would have been…must have been around 1970 – Johnny Cash had the TV show in Nashville. It was very successful. It was eclectic, and a highly watched show. Well, he went on tour with that, and he had The Oak Ridge Boys, Carl Perkins. Anyway, one might my sister called me from San Antonio: “Keith! You won’t believe this, but we went to see the Johnny Cash show. And Carl Perkins opened the show with ‘Freeborn Man’!” And then I found out that all the great bluegrass guys started cutting it.

When I did it, when we put on the vocals, Mark had come in to sing on it with me. After I was finished with that, I was moving on to background vocals for the album with Gary Usher and Glen Campbell. We did that on the all the songs I cut, with the exclusion of The Raiders things. Glen had shown up when we were still working on “Freeborn Man.” And he was in the control room. He said, “That’s a great song! Who wrote that?” I said, “We did.” He asked, “Would you guys send a tape over to Capitol?” So we ran off a quarter-inch tape of it. Then he cut it, and it was going to be his next single.

And then his producer said, “Y’know, I got this other song in. I want to cut this other song before we release ‘Freeborn Man,’ and see how it turns out.” and then they cut “Gentle on My Mind.”

KA: Yeah! How many times can I tell you this kind of story? And every one of ’em is true. 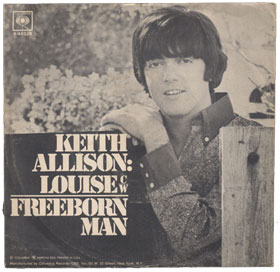 BK: Junior Brown did a great version of it…

KA: Bill Monroe cut it. Jerry Lee Lewis cut it. Jimmy Martin cut the definitive bluegrass version of it. Dan Tyminski of Union Station does it; it’s fabulous. One night I was watching TV in bed in New York. I was channel surfing because my wife was already asleep. I ran across some show, a Pine Knob Theatre thing out of Lexington Kentucky. This song starts, and it’s the Rounder Records All-stars. It was Alison Krauss, Jerry Douglas, Bela Fleck, and Tony Rice. And they’re into the second verse before I realize. I was half asleep. I bolted straight up in bed and yelled, “Holy shit!” And I turned it way up. It blew me away.

BK: So I guess when you wrote it, you had absolutely no idea it was going to be a hit.

KA: It was well into a life of its own before I even heard about it. It’s kind of like Mike Stoller coming back from Europe, getting off the boat, and Jerry Leiber saying to him, “We’ve got to get to work. We’ve got a hit with ‘Hound Dog.’” And Stoller says, “’Hound Dog’ with Big Mama Thornton?” “No. It’s this kid, Elvis Presley!” “Who the hell is that?” “I don’t know. But the damn thing’s taking off!”