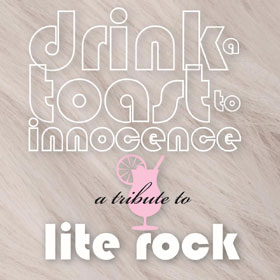 As far back as the 1980s, the great philosopher Huey Lewis proclaimed that it’s “hip to be square.” Good thing, that, because like many of my rock’n’roll fan contemporaries, I got my musical start buying albums (cassettes, really) by some of the soft-sounds purveyors of the early 70s: The Carpenters, Sonny and Cher, Jim Croce and the like.

For many years, it simply wasn’t cool to admit a fondness for such non-rocking things. It all began to change in the 1990s, amidst a flurry of self-consciously ironic mini-trends: the cocktail nation/exotica craze and all manner of tribute albums. The 1994 release If I Were a Carpenter featured updates/rethinks of much-loved songs by Karen and Richard, done by hot-in-the-moment contemporary artists.

But once that ironic stance subsided, things calmed down a bit and people began to admit a bit more freely that, yeah, some of this stuff is pretty good. As a result, artists like Ben Folds could freely admit inspiration by the likes of Burt Bacharach without being labeled as soft (though Folds did famously describe his music as “punk rock for sissies”).

In 2013, an impressive list of pop/powerpop artists contributed to a new compilation titled Drink a Toast to Innocence: A Tribute to Lite Rock. Drawing its title from a Dan Fogelberg lyric is the first clue that the songs on the set will be of the sort that blanketed AM radio back in the day.

Thankfully, the varied approaches employed by the artists aims for the middle ground. For the most part, these aren’t insipid, soft-rock retreads, and they’re not hard-rock bashers, either. The artists tend to look for the hooks and the melodies, and craft updated readings that highlight those qualities. The result is that – as rendered by Eytan Mirsky — Rupert Holmes‘ “The Piña Colada Song” isn’t nearly as annoying as it once was. It’s actually pretty good, with a driving bass line and some nice electric guitar licks atop a gurgling organ. The Davenports‘ rocked-up “Just When I Needed You Most” feels a bit like Fountains of Wayne, and that’s always a good thing. Plasticsoul‘s “Sentimental Lady” plays it straight, quite similar in arrangement to both the Fleetwood Mac and Bob Welch versions.

Lannie Flowers‘ distinctive vocals are applied to an unorthodox arrangement on Orleans‘ “Dance With Me.” The result sounds like Flowers’ original material crossed with Mary Hopkin‘s “Those Were the Days.” Weird but successful, and awarded extra points for being the most out-of-the-box and inventive reading on this set.

Popdudes aren’t the first to cover Walter Egan‘s “Magnet and Steel.” Matthew Sweet contributed a version to the 90s soundtrack of Sabrina The Teenage Witch; Popdudes’ version is another played-straight reading. In fact quite a few of the artists on Drink a Toast to Innocence seem unburdened by any desire to re-imagine these songs: Joe Giddings‘ “Undercover Angel” funks things up a bit, but the breezy backing vocals ensure that the version would work fine on the soundtrack to another Brady Bunch film.

Mike Viola is among the best-known of the artists involved with this project; though he pens some fantastic original tunes of his own on solo albums (and as Candy Butchers), he’s best known for his lead vocal on the the title song from That Thing You Do! Here he takes on Robbie Dupree‘s “Steal Away,” layering a bunch of retro-sounding synthesizer lines; the result suggests what The Wonders might have sounded like circa 1977 had they stayed with Play-Tone.

Those analog synths are a highlight of Bleu‘s “Baby Come Back,” though the Leslie-effect guitar is prominent (it had to be, of course). The vocal harmonies are flawless, even as they deliver insipid lyrics (what, exactly, is “false bravado?”). This may be the strongest cover on the entire collection, though it can’t really be said to add anything new to the song.

People of a certain age may remember “Thank You for Being a Friend” as the theme song from The Golden Girls, but thankfully those of us who are a bit older recall Andrew Gold‘s original version instead. Brandon Schott‘s cover plays it close to the original arrangement (do you sense a pattern here?). The Sonic Executive Sessions turn in a lovely reading of Stephen Bishop’s “On and On,” and sidestep Bishop’s idiosyncratic pronunciation of the title lyrics; this is another album highlight, full of creamy vocal harmonies. But it’s up to Linus of Hollywood to turn in the winner of the bunch, a lite-powerpop cover of “More Than I Can Say,” originally by Leo Sayer. Shimmering guitar lines, a lilting beat and just enough grit in the electric guitars make this a delight. Greg Pope leans in an acoustic singer-songwriter direction to cover the late-period Poco tune “Crazy Love.” Wyatt Funderburk employs a similar approach on Michael Johnson‘s one-hit-wonder “Bluer Than Blue,” and it suits the song perfectly.

Vegas With Randolph know how to rock, but they dial it way back for a balladeering cover of Little River Band‘s “Cool Change.” Well, they do for the first minute or so; then they switch over to their trademark sound, and it works really well; ignore the lyrics and enjoy the dynamics of this winning cover. Seth Swirsky gamely (and effectively) tackles the falsetto vocal lines of Henry Gross‘ lovely ballad about a dog, “Shannon.”

Cliff Hillis‘ cover of “Shake It” improves on the original; you won’t be embarrassed if you’re caught listening to it. Noted music journalist and author Paul Myers hauls out the synthesizers for his interpretation of Michael Martin Murphey‘s “Wildfire” (what was it with all these 70s tunes about animals, anyway?). His intelligent use of the machines results in an organic reading that doesn’t feel at all synthetic. And his vocal harmonies – a hallmark of so many of the songs on this set – are impressive.

Sunshine on Mars don’t attempt to recreate Elvin Bishop‘s distinctive volume-pedal guitar tone on “Fooled Around and Fell in Love,” and the female lead vocal necessitates the changing of the lyric to “a million boys,” but otherwise it’s another relatively straight reading. Atlanta Rhythm Section‘s “So Into You” was right on the edge of the lite-rock genre (it rocked, a little), and Willie Wisely‘s cover takes it in yet another direction, with a vaguely salsa vibe. It works surprisingly well, conjuring mental images of sexy dancers.

An American Underdog take on Jay Ferguson‘s “Thunder Island,” and the result is a lot of fun, with the requisite distorted guitars and dynamics that were such an integral part of the original’s appeal.

Ambrosia‘s “How Much I Feel” gets a lovely if straight reading from Kyle Vincent; to be fair, the arrangement is what made this song to begin with, so perhaps re-imagining it wasn’t truly an option. Lisa Mychols is one of few female vocalists on the set; her almost-grunge, rocking cover of David Soul‘s “Don’t Give Up On Us” beats the hell out of the original, one of the most insipid tunes covered here.

A set like this wouldn’t be complete without a song based around a Fender Rhodes melody. So Throwback Suburbia‘s cover of Climax Blues Band‘s “I Love You” fits that bill. The slightly over-emoting vocal approach strikes just the right note for this crooning number.

David Myhr takes on one of the most challenging song here, 10cc‘s “Things We Do for Love.” His cover isn’t as transcendent as the original, but then, to be fair, few things are. And Mike Ruekberg‘s delightfully rocking “Believe it Or Not” somehow removes the cheesiness of the original, making the tune better than it was.

Kelly Jones turns in a country-pop version of England Dan and John Ford Coley‘s “I’d Really Love to See You Tonight.” It’s successful for what it is, but the arrangement – softer than the soft original – feels a bit out of place on this set. By contrast, Paul Bertolino subtly ups the rock-quotient on his cover of Firefall‘s Just Remember I Love You,” short-listed as one of the best readings on this 28-song collection.

Drink a Toast to Innocence: A Tribute to Lite Rock is available in a variety of formats, including (yay!) a 2LP vinyl set.

Tags:drink a toast to innocence