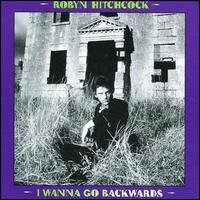 Quirky Cambridge England singer/songwriter Robyn Hitchcock has always followed his own twisted muse. Like some bastard son of Bob Dylan and Syd Barrett, Hitchcock has made a career of memorable albums on his own, with the Egyptians and (before all that) with The Soft Boys. This new box set contains expanded versions of three of his finest solo outings, Black Snake Diamond Röle (1981), I Often Dream of Trains (1984) and Eye (1990). The set also includes two discs of demos and rarities (I’d say “oddities,” but that label applies to most of Robyn’s work).