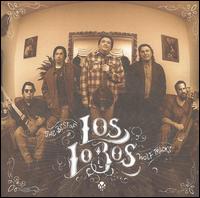 Reviewing best-ofs is a dodgy proposition; if the artist in question is good, then by definition the disc is good…generally. It’s simple enough to point out a shoddy compilation, taking issue with any number of issues (song selection, poor remastering, lack of bonus/rarities, clumsy sequencing, lousy packaging, etc.). With all that in mind, then, how does Wolf Tracks: The Best of Los Lobos — the third retrospective of the quarter-century recorded career of Los Lobos — measure up?

The first attempt to survey these Angelinos’ recorded oeurve was 1993’s Just Another Band from East L.A. A full eleven of 20 cuts on Wolf Tracks are repeated from the East L.A. set. More recently (2000) Rhino/Warners dropped El Cancionero: Mas y Mas, a sprawling box set. There’s plenty of redundancy with regard to that package, too. Anyone owning either of the two previous comps, then, would have little use for Wolf Tracks, as it offers up only a single unreleased track.

Of course those people are not the intended market for this new collection. Wolf Tracks is designed as a single-disc introduction/overview of this influential, eclectic group. On that level it succeeds. The various stages of the group’s development are well-represented in the space of eighty minutes. And unlike many groups’ retrospectives, the music quality doesn’t drop off a cliff 45 minutes into the listen. As expected, Wolf Tracks is full of energy. It’s a party disc that encourages living-room dancing, yet bears up to close, careful, attentive, thoughtful listening.