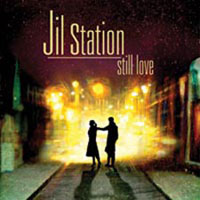 These days, the Atlanta sound is mostly represented by ATL/Dirty South-styled gangsta rap. But in the 1980s Atlanta had a thriving new wave scene, fueled by the likes of the Swimming Pool Q’s, The Brains and LMNOP. And even though the members of Jil Station are too young to remember those heady days, one suspects they raided their parents’ LP collections and absorbed the influences therein. Shades of Echo and the Bunnymen and the Psychedelic Furs are evident throughout, and “Neon Night” has an Edge-y guitar jangle straight off The Unforgettable Fire. All that said, Jil Station is no retro act; their music is modern enough to appeal to 21st century fans. Thankfully, the drums on Still Love avoid that annoying — and hopelessly dated — gated reverb tree-trunks-on-drum-skins Phil Collins sound (you know the one).

Sadly, points must be deducted for herky jerky rhythms that would trip up a tapping foot, most notably on the leadoff track, “Murder.” Jil Station’s penchant for odd meter and/or syncopation detracts from full enjoyment; what would be welcome and clever on an art-rock release (something Still Love most certainly is not) just takes away from the danceability quotient here. Conversely, the mannered, vaguely Bowie-esque vocals might grate in another context; here they fit perfectly.

Every song has a pleasing enough vibe, yet none truly stands out with a piercing hook. But the overall effect is promising enough that one expects the next album will improve on that score. All in all, a promising debut.