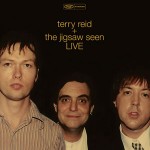 Terry Reid isn’t a household name; instead he’s a kind of almost-famous name in the world of pop music. Those who bought records in the early 1970s probably saw miniature reproductions of the Scotsman’s album covers – his 1968 debut Bang Bang, You’re Terry Reid, for example – advertised on the dust jackets of their
Read More