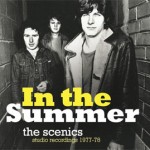 In early 2013 I reviewed Dead Man Walks Down Bayview, a then-new album from Toronto-based band The Scenics. In that review, I made clear both my nearly nonexistent knowledge of the Toronto punk scene of the 1970s (or any era, for that matter) as well as my appreciation for the music on the contemporary album.
Read More
I don’t pretend to know much (or anything) about the Toronto music scene. But I feel safe in my assertion that The Scenics aren’t typical of whatever it sounds like. With a country-punk vibe that owes as much to Johnny Cash as to The Replacements, The Scenics are in fact a highly-regarded punk band that
Read More