Note: This essay was written to preview a March 2020 Colin Hay show; due to the COVID-19 pandemic, the tour was cancelled (or at least rescheduled to 2021). Men at Work scored international success with their MTV-era hit, “Who Can It Be Now.” That song was part of an impressive string of hits from the
Read More 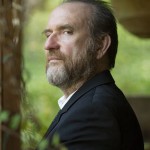 Anyone who came of age in the early 1980s – anyone who ever watched MTV back when they showed music videos, for that matter – is familiar with Men at Work. Fronted by the engaging Colin Hay, the Australian pop-rock group was a fixture of the music video era, and their catchy pop tunes earned
Read More
If you’re a pop music listener of a certain age, you remember Men at Work. Smiling, photogenic darlings of early MTV, they broke through in that early period of the cable channel, a time when – because the major labels and artists didn’t yet take music video seriously – a raft of new pop acts
Read More