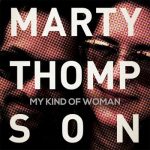 I expressed some mild reservations about Thompson’s previous album, 2018’s Romantic Stories. On the plus side, it was a varied collection. Working against it was a slightly ragged, unfinished production aesthetic. I would never presume to have influenced an artist, but I’m happy to report that My Kind of Woman is a far more professionally-put-together
Read More 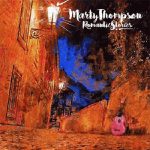 In 2018, every album release has to have an angle, it seems. The unique selling proposition for Romantic Stories is that Thompson wrote all of its songs ion a ukulele. A pink one, in fact. Fascinating, no? Me neither. Let’s ignore that and focus on the music itself, which is decidedly not played on a
Read More