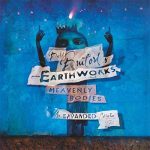 Bill Bruford is a hero in the world of progressive rock. Though it’s something of an oversimplification, the short story on him is that he found drumming for Yes not challenging enough, so at the peak of that group’s popularity, he left to join King Crimson. Either way, before and after he made that move,
Read More